Photos of a man doing the unthinkable to a girl in a Texas grocery store on Monday afternoon has gone viral.

Erika Burch and her husband were shopping inside Walmart when they saw a man pulling a girls hair with a shopping cart and “dragging” her.

Burch said the girl told the man, “Please stop, I promise I won’t do it again. Please stop!”

RELATED: A woman saw a baby in 130 degree car and smashed a window — the mom’s excuse is really something

When Burch confronted the man to stop what he was doing, he allegedly told her to mind her own business.

According to KPRC2, Ora Schumann saw the incident as well.

RELATED: What a mom and boyfriend confessed to doing to her 10-year-old girl is pure evil

“He was angry because she wasn’t standing right next to the basket, so he grabbed her by the head of her hair and pulled her to the basket,” Schumann told the station.

Burch called police, which has sparked an investigation.

“Police are concerned at this time for the children who may be in the home with the dad who appeared to have been a little aggressive at the time,” Cleveland Police Chief Darrel Broussard told KTRK.

Burch’s photos have been shared more than 140,000 times and thousands of comments have been posted.

“If you care about children and child [abuse] stop and share this and call it in to CPS!!!!! This is beyond wrong as something needs to be done about it!!!” Burch wrote on her Facebook post.

No charges against the man have been filed, KPRC 2 reported. 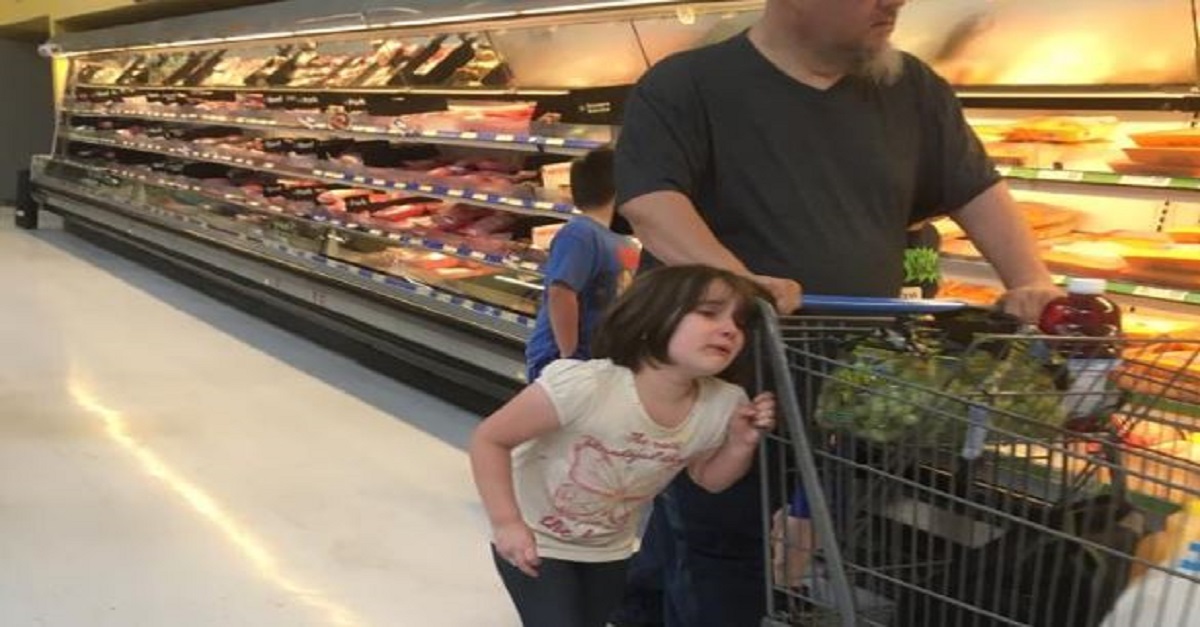