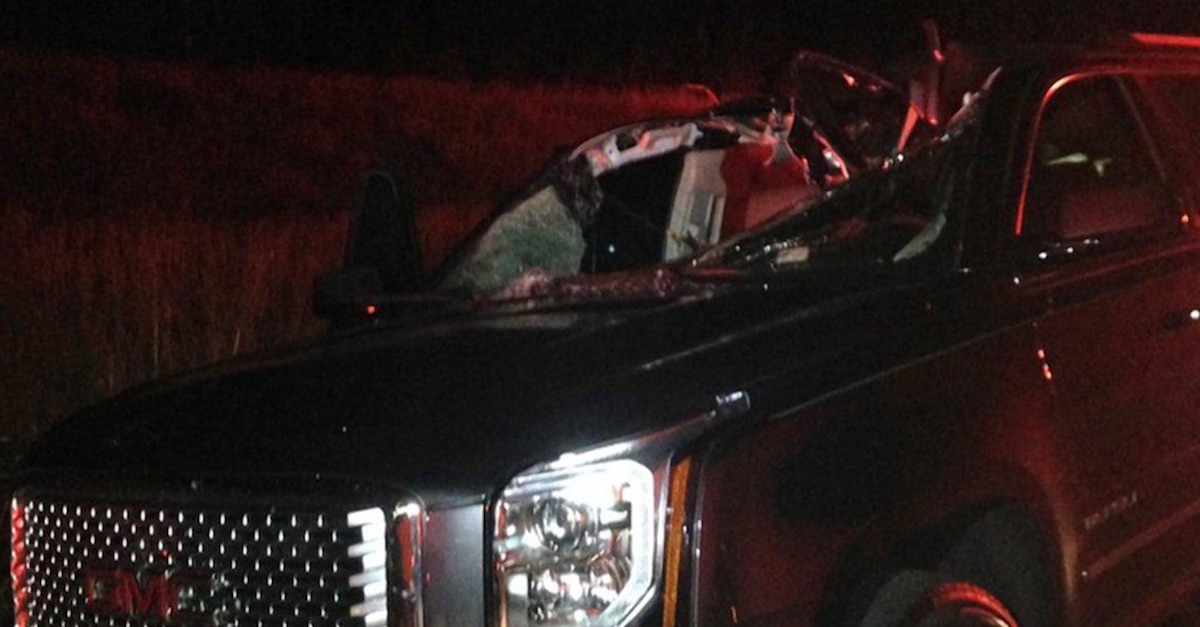 A 38-year-old Oklahoma mother of four tragically died just after midnight on Saturday when a wheel came off of a cattle truck, bounced from the westbound side of Interstate 20 and flew into windshield as she traveled east.

RELATED: One look at the home life of the baby who wandered alone in Oklahoma was enough to explain it all

Afshin Riaz was pronounced dead at the scene.

Errant tire from truck strikes SUV on I-20 claiming the life of an Oklahoma woman https://t.co/q7JmrDSdLO

The woman was traveling to Florida with her husband and four children. Her husband was behind the wheel and she was in the passenger’s seat.

The picture of the smashed windshield on the 2017 GMC Yukon showed that the passenger’s side took most of the damage from the tire.

Her family also sustained minor injuries, but they were treated at the scene.

The purpose of the family’s trip is not clear at this time, but they left just ahead of an Oklahoma tornado that would injure dozens, destroy businesses and knock out power for thousands of people. The Facebook page of the deceased shows that her family is from Edmond, Okla., about an hour and a half from the city of Tulsa, which was rocked by the tornado.

RELATED: A neighbor who didn?t hesitate to shoot and kill a would-be drowner of twin babies has officially been ruled justified

Caddo Parish Sheriff’s spokesman Bobby Herring told the New York Daily News that authorities still don’t know why the truck lost its tire and that they are still searching for both the vehicle and its driver.