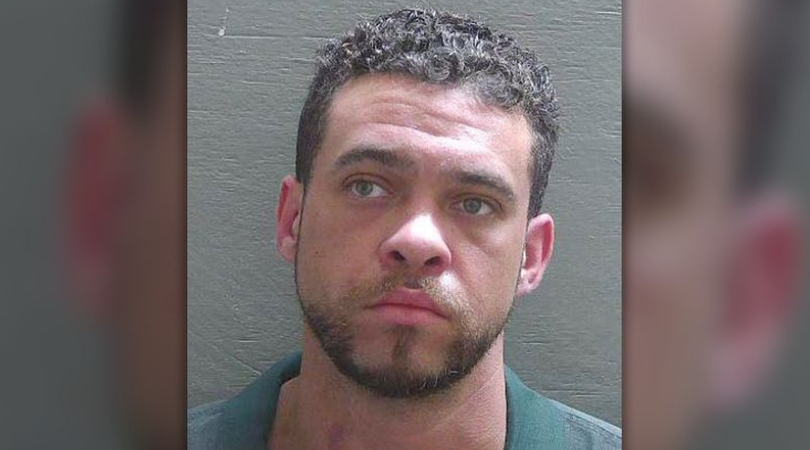 37-year-old Andrew Ross Celaius was arrested after allegedly torturing his girlfriend’s 2-year-old daughter on multiple occasions while she slept. The level of torture was so graphic, Escambia County Sheriff’s Office called the situation a nightmare for the child, who should never be subjected to this kind of torture.

Authorities found video evidence from surveillance equipment inside the home, as well as in Celaius’ cellphone, showing him burning the girl with a blowtorch, shocking her with a dog collar and throwing full water bottles at her as she slept. The Florida man would use an airsoft bb gun to shoot the child for no reason other than just to wake her up and hurt her. The man would also appear in the video wearing a werewolf mask while tormenting the child.

Andrew Ross Celaius would allegedly put on a werewolf mask and torture his girlfriend’s 2-year-old daughter by burning the girl with a blowtorch, shocking her with a dog collar and throwing a full water bottle at her as she slept. https://t.co/SjVcQ7uERs

According to the Escambia County Sheriff David Morgan, the level of terror the child was put through was more than psychologically damaging. In the video, one can see the girl being shocked with a dog collar as she shrieks in pain. The man also used a butane lighter to burn the girl, with either the flame or by heating the end and pressing it to her skin.

?If you want to think of something you could do to a child to terrorize her, this child lived through that. It?s the thing nightmares are made of and no child should ever be subjected to this. The level of terror that this child was put through, our abuser would wear a mask, a werewolf mask, and the collar that the chief described is a tasing collar for dogs.”

Law enforcement initially opened an investigation after Celaius’ girlfriend took her daughter to the hospital for treatment of what she thought were ringworms. When the physicians saw the girl, they quickly determined that the child didn’t have ringworm, rather spotted several signs of child abuse, including burn marks on his skin. Hospital staff told deputies the burn marks resembled those made by an e-cigarette. The toddler also had bruises on her back, arms, stomach, elbows, legs, and forehead, as well as one bruise across her throat that resembled rope burn.

DEVELOPING: Escambia Co. deputies conducting a welfare check on the mother of the 2 Y/O who was allegedly tortured & abused by Andrew Bennett Ross Celaius. According to sources, Celaius was found hanging in his jail cell last night. A county spokesperson confirms he is alive. pic.twitter.com/8c6LlRNTBm

Celaius was immediately arrested, and authorities are trying to determine whether or not there was sexual abuse involved, and if there were other witnesses who saw the videos. Deputies also arrested a suspected accomplice, 36-year-old Eric Furnans, who allegedly destroyed evidence for Celaius when he was in jail. Celaius was rushed to the hospital a few days after being arrested after he was found hanging in his cell but is reportedly stable.

What makes this whole situation even more terrifying, is the fact that Celaius was previously charged in the murder of a young child in 2006, but was found not guilty. Kyler Janes was hospitalized with bruises all over his body and bleeding in his eyes and brain. The boy had been seen in the emergency room at Sacred Heart Hospital in Pensacola five times before for different injuries. Celaius was tried for the toddler’s murder but found not guilty.

Editor’s note: This article was originally published on May 6, 2019.