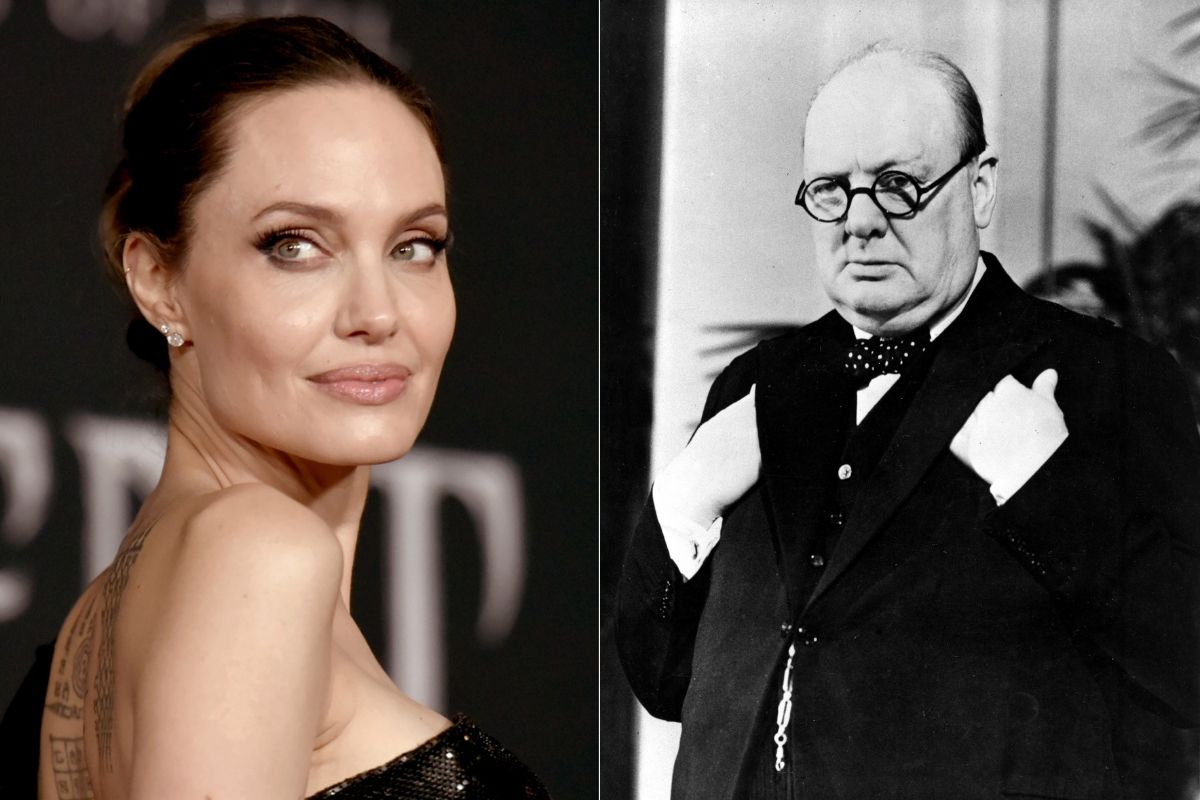 You might not think of Angelina Jolie as a savvy art collector… or of Winston Churchill as a talented painter. But the former British Prime Minister was indeed a prolific artist. And now, his painting “Tower of Koutoubia Mosque” has sold for $11.5 million — the highest amount ever bid on a Churchill original.

Sir Winston Churchill began painting in 1915, at the age of 40, during a less demanding streak of his political career. He continued painting for fun well into his old age. And while he did not consider himself a serious artist by any means, the politician finished over 500 pictures in his lifetime. Most were inspired by nearby landscapes, such as the goldfish pond at his Chartwell residence and the sights of Marrakech. The Moroccan city was Churchill’s favorite vacation destination, and he was most proud of the paintings created there.

In 1943, Churchill and U.S. President Franklin D. Roosevelt visited the spot together. After attending the Casablanca Conference in Morocco, their trip acted as a quick break from strategizing against the Axis Powers of the Second World War. As the story goes, Churchill and FDR had a wonderful time together, bonding as they watched the sun set in the region’s Atlas Mountains. The moment — occurring near a tower of the Koutoubia Mosque — inspired Churchill’s next work, aptly called, “Tower of Koutoubia Mosque.” It was the only painting he completed during the years of World War II, as Churchill was occupied demanding “unconditional surrender” from Nazi Germany. It was after the Casablanca Conference that the U.S. and Britain became so emboldened to win the war.

As such, “Tower of Koutoubia Mosque” represents a key moment in international history. Following the painting’s completion, Churchill gifted “Tower of Koutoubia Mosque” to Roosevelt. He often liked to give his creations to friends, and the piece remained in the Roosevelt family until the 1960’s, when Roosevelt’s son sold the piece to a filmmaker after which it was left in storage in New Orleans. It took more than fifty years for someone to eventually unearth the piece and contacted the M.S. Rau gallery.

According to CNN, Brad Pitt bought “Tower of Koutoubia Mosque” from an antiques dealer in 2011, as a gift for Angelina Jolie. The actress held on to the important work following their 2016 divorce and on March 1, it was sold by the Jolie Family Collection at a Christie’s Auction in London. The sunset scene surrounding the Moroccan 12th-century mosque went for $11.5 million, shattering previous records for Churchill compositions. (Previously, a Churchill painting was sold for $2.7 million at Sotheby’s.)

Nick Orchard, the head of modern British art at Christie’s in London, said of the unprecedented sale: “The appetite for Winston Churchill’s artwork was demonstrated to great effect at Christie’s.” And while it’s debatable whether “Tower of Koutoubia Mosque” was the best painting Churchill ever did, it holds an incomparable place in history for emotionally preserving the progress of the Casablanca Conference.

WATCH: How Vincenzo Peruggia Managed to Steal the ‘Mona Lisa’