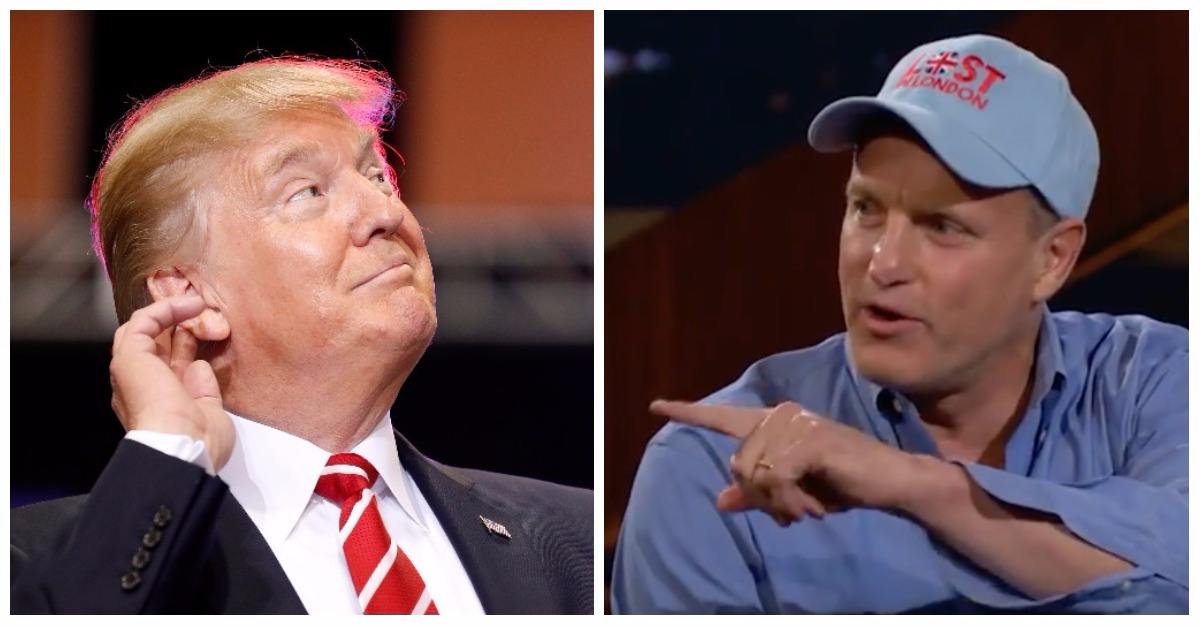 Actor Woody Harrelson claimed that a meeting with Donald Trump 15 years before he was president of the United States was so “brutal” that “had to walk out halfway through to smoke a joint.”

Harrelson, who appeared on “Real Time With Bill Maher” on Friday, took a trip down memory lane and claimed that he accepted a dinner invite from Jesse Ventura in 2002 and at the dinner met Trump.

“I went and it was brutal. I never met a more narcissistic man. He talked about himself the whole time,” he said. “I had to walk out halfway through to smoke a joint just to like steel myself from the rest of it.”

As recently as May, Harrelson said that he’s been waiting but hasn’t seen Trump do ?one positive thing” since ascending to the Oval Office.

?I keep wanting him to surprise me, with just one positive thing,? he said.

Even more recently, Harrelson said that he wished there was a way to “get rid of the son of a bitch,” referring to Trump.