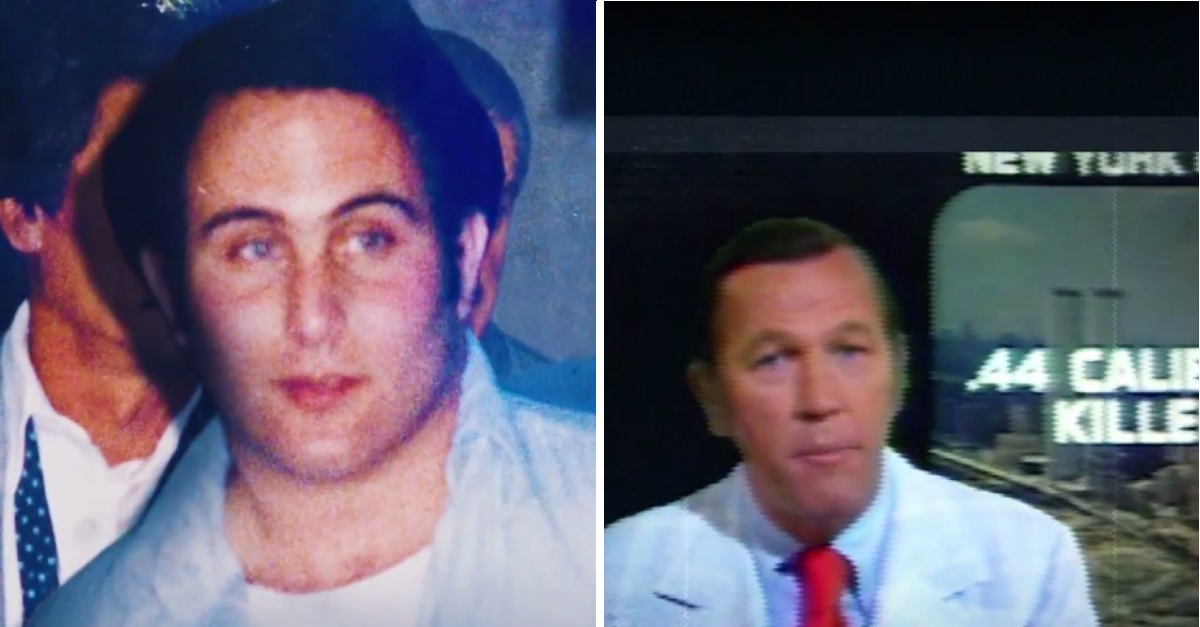 Berkowitz, now 64, was transported from New York’s Shawangunk Correctional Facility to Albany Medical Center Hospital, the only area hospital with a secure facility to hold inmates who require medical attention.

It’s not clear how serious Berkowitz’s heart condition is; prison officials have not released other information on the hospitalization, other than the initial announcement that the transport took place on Tuesday.

Berkowitz, a former postal employee who’d served in the Army, is serving six consecutive 25-to-life sentences for six murders he committed in 1976 and 1977 across New York City. Berkowitz shot thirteen people in total during his notorious crime spee; at the time of his arrest almost exactly 40 years ago, he was also connected to a string of hundreds of previously-unsolved arson fires.

His nickname referred to a neighbor, Sam Carr, and Carr’s black Labrador Retriever named Harvey. Berkowitz — who’d be diagnosed a paranoid schizophrenic later — said that he believed that Harvey and other dogs were demons who ordered him to kill.

Berkowitz’s murder spree so terrified the city that it made international news; women in New York began dying their hair blonde or cutting it short in an effort to throw off the killer, who hunted his victims with a .44 caliber Bulldog revolver and seemed to choose female victims with long brown hair who were in or around cars.

His spree came to an end when New York City detectives began looking into parking tickets issued on the night of the Son of Sam murders. One of them issued on the night of July 31st, 1977 was issued to Berkowitz himself — the same night that Berkowitz traveled from his home in Yonkers to Brooklyn and shot Stacy Moskowitz and Robert Violante, both 20 years old, who’d gone on a first date that night.

Detectives found Berkowitz’s car out of place, and began investigating, which led to more clues that eventually put police at Berkowitz’s front door, according to the New York Times. He confessed to the killings.

In prison, Berkowitz claims that he’s converted to Christianity, goes by the name “Son of Hope,” and expresses remorse for the killings. He also preaches the Bible behind bars, according to Inside Edition.