Another shocking thing has happened on Facebook Live: a meth-fueled hostage-taking of a man driving a truck 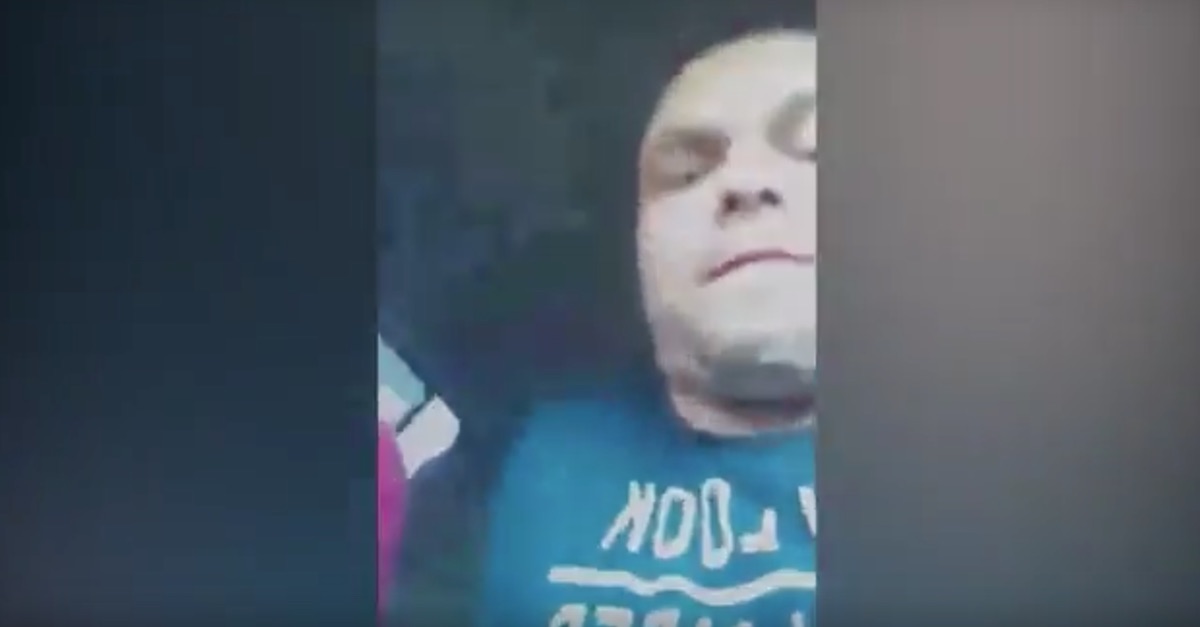 The latest awful thing to happen on Facebook Live and be watched by thousands happened in Mingo County, W. Va., this week, as a man who had offered another a ride to Charleston suddenly found himself being threatened at knife-point by his passenger, who was believed to be on meth at the time.

RELATED: Grieving mom of 11-year-old boy who took his own life after a vicious prank says the girl behind it didn?t go to his funeral

The abduction was broadcast live on Facebook with the victim’s cellphone and led to a massive chase by police.

The chase spanned five counties, WCHS reported, and more than 50 minutes of it in eight videos were recorded by the 31-year-old suspect, Justin Green.

The video captured the tense moments the driver realized something was wrong with Green, when the man’s behavior became erratic and threatening.

“Just chill a freaking minute, dude. Hold up. For real, please. Dude, don’t. Don’t,” the 36-year-old victim since identified as Terry Miller says. ?Dude, I ain’t done nothing to you. Don’t, no no no no no. Why me?”

The man was stabbed in the lag and sustained injuries to his neck, wrist and arm. It was the victim’s mother, shocked by what she’d seen on social media, who called 911.

Jesse Dotson, a man who knew the victim from high school, was stunned by his ordeal.

“I was worried if he was alright. They are bad things that happen around here, but I never dreamed it would be anything like this,” he told WYMT.  “Too close to home. Shouldn’t have happened. Shouldn’t be on Facebook like that.” The situation came to an end when state troopers set up a road block and the victim crashed his truck into a cruiser.

Police swarmed the vehicle and arrested Green, who was found to have a lot of meth on him.

He is now being held at Southwestern Regional Jail on a $75,000 bond and faces charges of attempted murder and possession with intent to deliver, given how much meth he had.

Green used a Facebook profile by the name “Billy Crystal” to stream the videos.