Anthony Bourdain gets to travel the world and experience different cultures as the host of CNN’s “Parts Unknown.” Sometimes he shares experiences with guests like President Obama, whose bún chả dinner with Bourdain in Vietnam aired in late September.

When asked in an interview with The Wrap if he would ever consider dining out with Republican presidential nominee Donald Trump, Bourdain said “absolutely f*****g not:”

RELATED: A civil rights museum denied Donald Trump’s special visit and explained why it would do the same for Hillary Clinton

Bourdain said he would have given the same answer if asked even ten years prior to the 2016 election, “when [Trump] was just as loathsome.”

On Clinton, Bourdain said, “Honestly, that’s not the business I’m in.” Bourdain explained that he did not actively seek out politicos to come on as guests. He said that his dinner with the president was something that “kind of fell in [the show’s] lap,” maintaining that he did not even reach out to the White House.

Bourdain insinuated that the president’s appearance might be the last political one for some time to come.

RELATED: Pope Francis was asked for his advice to voters this November, so he recommended prayer

Still in the realm of politics, Bourdain said that he saw a similar rise in white nationalism and anti-immigrant sentiments throughout Europe as he did in America. He also took the time to criticize Trump’s slow denouncement of endorsements from figures such as former Ku Klux Klan leader David Duke.

The foodie said that the he had noticed a difference in international attitudes lately toward Americans. “It’s one thing to be despised or held in contempt or feared,” he said, “but to be ridiculed or pitied is a terrible thing.” 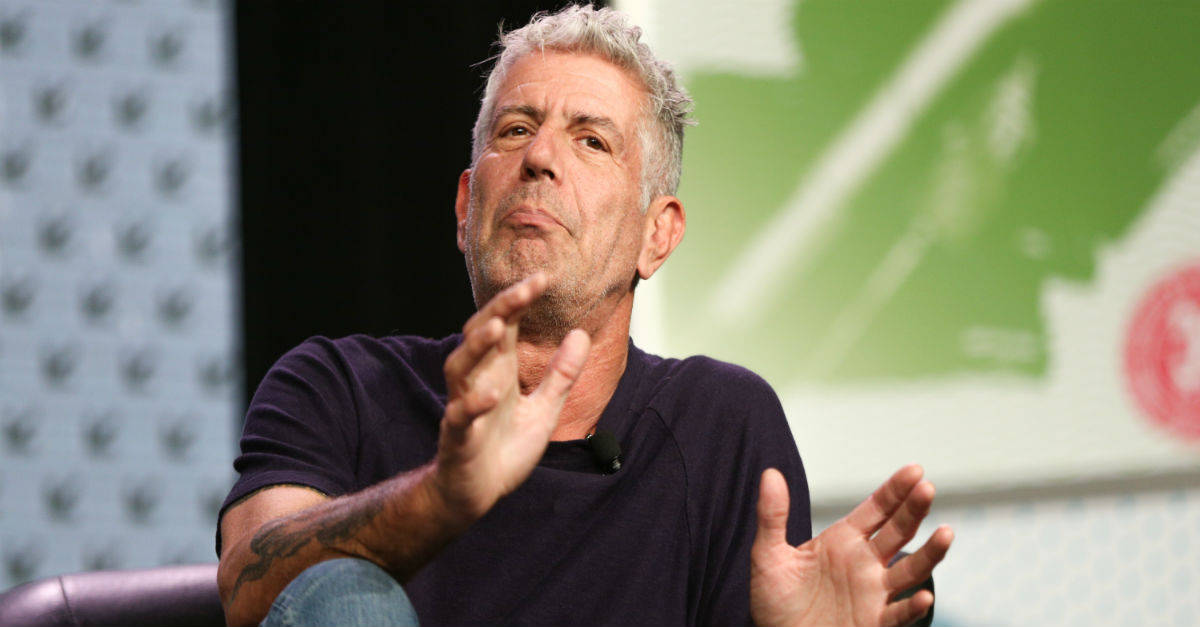