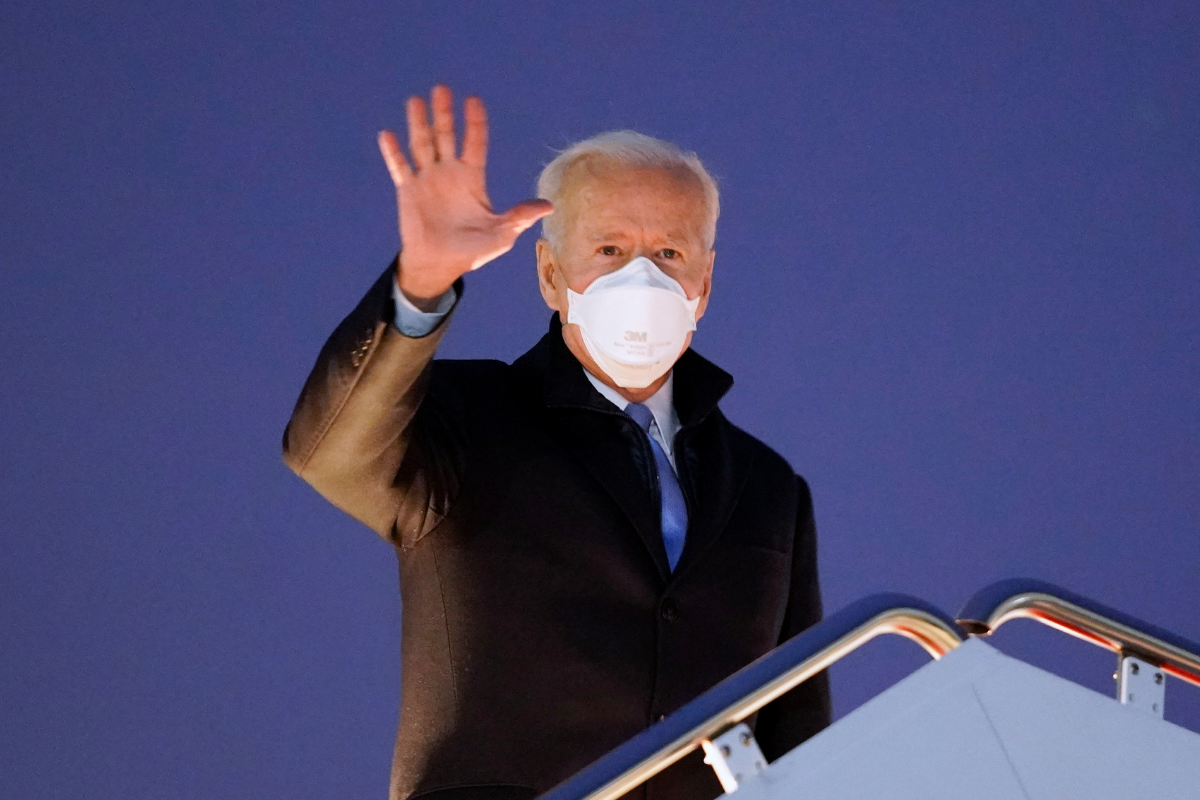 He capped it off by beating one of his granddaughters at Mario Kart during his first presidential visit to Camp David, the historic retreat for U.S. leaders.

That?s what Camp David has traditionally offered presidents: a respite from Washington where they can shed their ties and relax with family. The compound in the Maryland mountains just 60 miles (97 kilometers) from the capital features everything from a bowling alley to an archery range.

It?s been used by every president since Franklin Delano Roosevelt first went there in 1943 as a personal hideaway and has been the site of major diplomatic negotiations and policy discussions throughout history, according to Michael Giorgione, who served as commander of Camp David for Presidents Bill Clinton and George W. Bush and wrote the book ?Inside Camp David.?

With the exception of Donald Trump ? he generally preferred his own private clubs ? every president has used Camp David “for a personal getaway, an escape from the clamor and the noise and the likes of the White House, and really go to this exclusive mountain retreat. That?s one purpose. And the other is to bring world leaders there,? Giorgione said.

When Roosevelt first arrived, the rustic retreat was ?a hide-out with little hot water and with brush growing to the windowsills,? former Associated Press White House reporter Dale Nelson wrote in his 1995 history, ?The President is at Camp David.? Still, Roosevelt somewhat fantastically dubbed it ?Shangri-La,” the name of the utopian community in the popular 1933 novel ?Lost Horizon.?

When Dwight Eisenhower took over, he added a putting green and a new name: Camp David, after his father and his grandson.

Over the years, presidents made upgrades to suit their tastes. Richard Nixon added a heated swimming pool, and George H.W. Bush installed a regulation horseshoe range. Barack Obama, known for his love of basketball, built a court.

?I leave my troubles outside the gate,? Lady Bird Johnson, wife of President Lyndon Johnson, once said of the camp.

We bought him some swag since it’s Presidents’ Day weekend and he’s “literally” President. pic.twitter.com/RpcE7Q8ugC

Biden himself told reporters before departing Washington for the compound that his main plans for the long weekend were to ?just hang out with the family and do what we always do.? While presidents typically take the Marine One helicopter for the brief trip, weather forced the president to fly to Hagerstown, Maryland, via Air Force One, before taking a motorcade to the camp.

His granddaughter Naomi posted on her Instagram Saturday night a clip of Biden playing the video game, captioning it, ?a little rusty, but he still won (barely).?

Biden took work with him, though, meeting with national security advisers on Saturday, issuing a statement on Trump?s acquittal in his impeachment trial Saturday night and signing an executive order reestablishing a White House office on religious engagement on Sunday.

The compound’s history includes more than just games of golf and winter sledding. It?s also played host to foreign dignitaries and has been a gathering place for diplomacy. Giorgione says the camp?s relaxed atmosphere lends itself to relationship-building.

Roosevelt hosted British Prime Minister Winston Churchill there in 1943 to help lay the groundwork for the Normandy invasion, in the first visit by a foreign leader.

The camp became synonymous with fevered, last-ditch diplomatic negotiations after President Jimmy Carter invited Israeli Prime Minister Menachem Begin and Egyptian President Anwar Sadat there in 1978 to negotiate a peace deal. After 13 days of tense talks, the two agreed to a framework that ultimately led to peace between the two nations.

Bill Clinton tried to replicate that diplomatic alchemy when he invited Israeli Prime Minister Ehud Barak and Palestinian leader Yasser Arafat to Camp David for Mideast peace talks in 2000. After two weeks of negotiations, the summit ended without an agreement.

George W. Bush visited the camp frequently, using it to entertain an array of foreign leaders as well as for a Cabinet retreat to plot out his administration?s response to the Sept. 11 attacks.

In 2012, Obama hosted the Group of Eight summit for world leaders there, after Occupy Wall Street protests made his hometown of Chicago out of the question. World leaders stayed in the compound?s 12 cabins, and could spend their free time mingling on the grounds.

Trump spent little time there and didn?t host any foreign dignitaries. He once joked to a reporter: ?You know how long you?d like it? For about 30 minutes.?

But Giorgione said he expected that Biden, with his appreciation for diplomacy, would likely use the space to host foreign leaders after the coronavirus pandemic, which has precluded most in-person gatherings, is under control. He said when foreign leaders descend on Camp David, it can be like an ?adult sleepover.?

?Going to camp in the cabins creates an atmosphere where leaders are very close together. There?s no large conference room with chandeliers and coffee service. This is a homespun, rustic get-together,? he said.

Attendees ?walk the trails together, we go for a bike ride, we sit down at a nice table in a small conference room.?

?It created this art of having to get down in each other?s personal space, and find time to legitimately talk,? he said.