HOUSTON (AP) — A man suspected of killing one of former President George H.W. Bush’s doctors may have been seeking revenge for his mother, who died on the doctor’s operating table more than 20 years ago, authorities said Wednesday. Joseph James Pappas, 62, should be considered armed, dangerous and possibly suicidal, Houston police Chief Art Acevedo said at a news conference Wednesday afternoon.

A tip on Tuesday led police to suspect Pappas, the chief said, though he didn’t elaborate as to the nature of the tip. Acevedo said Pappas hadn’t been seen in 36 to 48 hours. He said the last anyone had heard from Pappas was in a Tuesday morning text message in which Pappas wrote that he was going to kill himself.

Acevedo said police searched his home at 4 a.m. Wednesday and found evidence that ties Pappas to the killing, but he declined to elaborate as to the nature of the evidence. The chief said Pappas is white and very fit, and that he’s likely getting around on his 10-speed bicycle, which he rides “extensively and almost exclusively.”

Friends and family have described Hausknecht as a humble and generous man who was adored by his patients, volunteered in his community and cared about the environment. Hausknecht was also an avid cyclist and rode his bike to work each morning, as he lived less than 2 miles (3.2 kilometers) from his office.

In 2000, Hausknecht treated Bush for an irregular heartbeat after the ex-president complained about lightheadedness.
___
By JUAN A. LOZANO, Associated Press 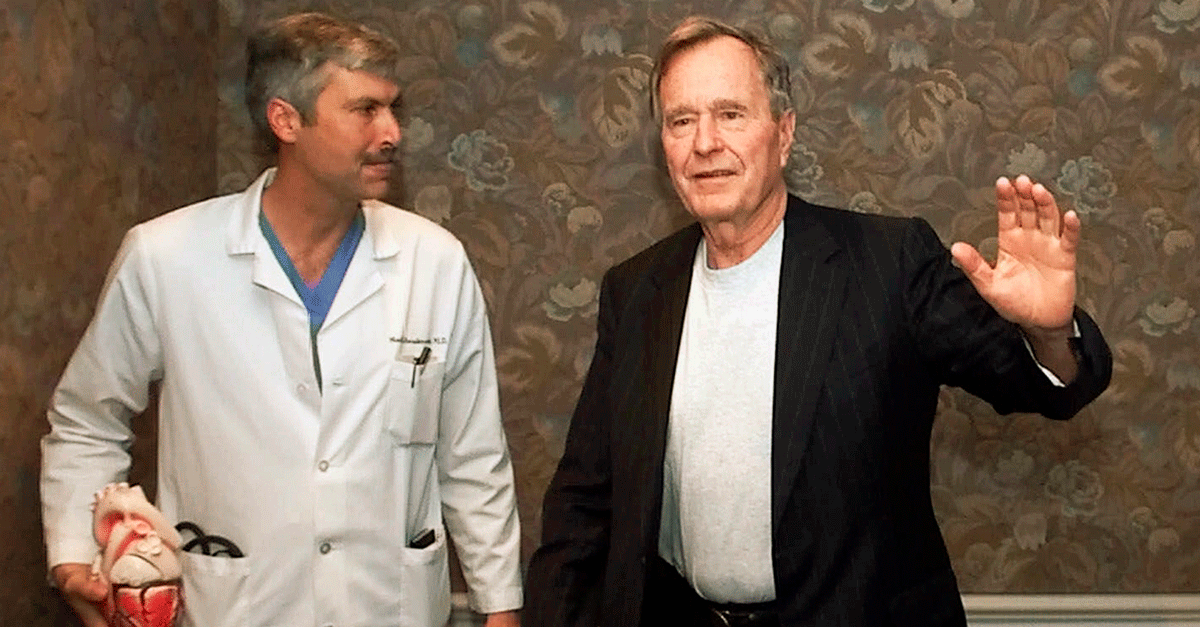