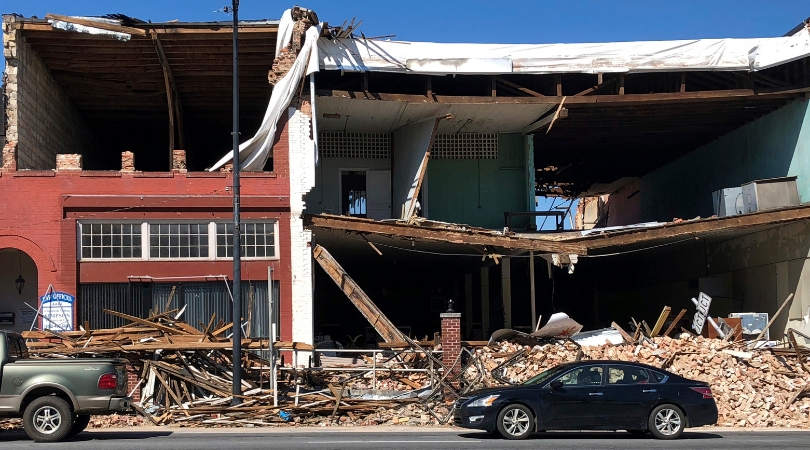 Researchers at the University of Florida estimate that Florida’s cotton crop has been nearly decimated by Hurricane Michael’s rampage.

The researchers say they haven’t yet calculated the value of Florida’s crop losses from the Category 4 hurricane, which crashed ashore last Wednesday. They say the hurricane potentially impacted 3.6 million acres (1.4 million hectares) of upland forest and 1 million acres (more than 400,000 hectares) of field crops in Florida.

Florida’s most famous crops, oranges and grapefruit, weren’t affected much by the storm since they are primarily grown in areas south of Orlando away from the storm’s track.

Five days after the hurricane slammed into the Florida Panhandle, people are struggling to locate friends and loved ones who haven’t been heard from — though how many residents are missing seems to be anyone’s guess.

Joanne Garone Behnke is among those seeking word of a loved one, her 79-year-old aunt Aggie Vicari. She says she’s been on the phone constantly, seeking information.

As President Donald Trump visited the devastated zone on Monday, the death toll from Michael’s march from Florida to Virginia stood at 17, and the search for victims continued.

As the hurricane closed in last week and more than 375,000 people were warned to evacuate, emergency authorities had expressed frustration that many residents weren’t leaving.

President Donald Trump and first lady Melania Trump have arrived in Florida to survey damage in the state as well in Georgia from Hurricane Michael.

Trump landed Monday at Eglin Air Force Base near Valparaiso. The White House has not identified the communities Trump will visit.

The president tweeted before leaving the White House that he will meet with law enforcement and government officials aiding the massive recovery effort. He said “maximum effort is taking place, everyone is working very hard.”

The death toll currently stands at 17.

Florida officials are criticizing telecommunications carrier Verizon for taking too long to get cellphone service restored for parts of Florida’s Panhandle.

Gov. Rick Scott late Sunday mentioned that residents in coastal Bay County were still “waiting” on Verizon while AT&T was working in the county hit hard by Hurricane Michael.

Chief Financial Officer Jimmy Patronis expressed his frustration at Verizon on Twitter on Monday. He said that the company had no service in Bay County for six days and that “we need the same response” from Verizon as “we have seen from our electric companies.”

Patronis is from Bay County and his family owns a restaurant in Panama City Beach.

Verizon responded back on Twitter telling Patronis it was working “urgently” and that the company “knows how important the ability to connect is, especially when storms happen.”

President Donald Trump is heading to Florida and Georgia to view the destruction left by Hurricane Michael.

Trump says in a tweet that he and first lady Melania Trump are going to review hurricane damage and visit with Federal Emergency Management Agency personnel and other officials.

The president’s tweet adds that “maximum effort is taking place” and that “everyone is working very hard.”

Upon touring the damage in several towns along Florida’s Panhandle, Federal Emergency Management Agency chief Brock Long called the destruction left by Hurricane Michael some of the worst he’s ever seen.

On Monday, President Donald Trump plans to visit Florida and Georgia and see the recovery effort for himself. Trump declared a state of emergency for Georgia late Sunday.

In hurricane-flattened Mexico Beach, crews cleared debris Sunday as the mayor held out hope for the 250 or so residents who may have tried to ride out the storm.

The death toll from Michael’s destructive march from Florida to Virginia stood at 17, with just one confirmed death in Mexico Beach. Mayor Al Cathey said it would be a “miracle” if the town’s death toll stays at one after it took a direct hit from the hurricane.