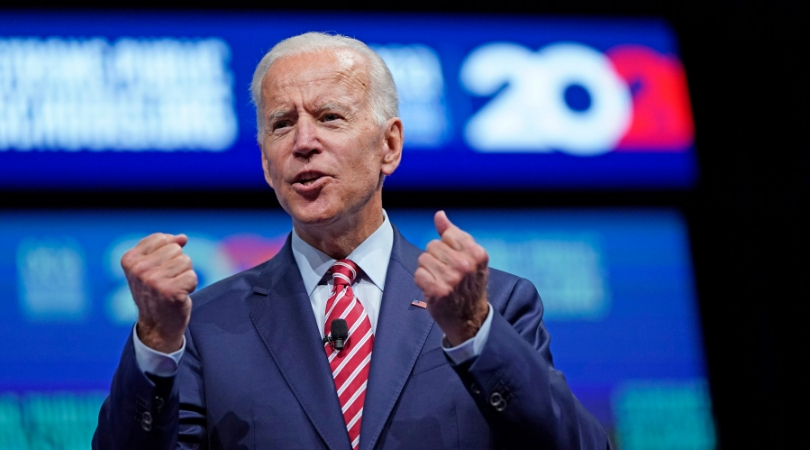 WASHINGTON (AP) ? Joe Biden released federal tax returns and a financial disclosure Tuesday showing that he and his wife, Jill, took in more than $15 million since leaving the Obama White House ? newfound affluence that catapulted the Democratic presidential candidate into millionaire status and outdated the humble nickname he has used throughout his political career.

Long fond of describing himself as “Middle Class Joe” while he took in little more than his government salary, the former vice president has capitalized on a lucrative $8 million book deal and constant publicity touring that brought in more than $4 million over 50 appearances across the country.

Now seeking the 2020 Democratic nomination for president, Biden stressed his working-class roots during his first campaign speech in Pittsburgh last April, telling an audience filled with union workers and officials that he would restore the middle class, strengthen unions and bolster stagnant wages.

In addition to his speaking fees, Biden’s disclosure showed he also made at least $2.7 million in business income as part of his publicity tour and writing. Since leaving the White House, Biden and his wife signed a multibook deal with Flatiron Books valued at $8 million, according to Publishers Weekly. Biden’s first book, an account of his son Beau’s death from cancer, briefly topped bestseller lists in 2017.

Biden also earned $540,000 as a professor and namesake of the University of Pennsylvania’s Penn Biden Center for Diplomacy and Global Engagement. Jill Biden made at least $700,000 in her own speaking engagements, the disclosure shows.

Biden’s last financial disclosure, filed in 2016 during his final year as vice president, showed that even after eight years at his $230,000-a-year government salary, Biden held significant personal debt. The 2016 disclosure revealed financial assets worth more than $273,000? including a $150,000 rental property ? and more than $750,000 in debt. Those liabilities included a recent mortgage worth more than $500,000 on the rental property and a recent $250,000 home equity loan.

Joe Biden and his wife, Jill, earned more than $15 million during their first two years out of the White House, according to a newly released financial disclosure https://t.co/3GYdRLAo23 pic.twitter.com/WGwnEclhHj

But much of that debt has been paid off, according to the latest disclosure, which shows only two old loans ? each worth no more than $15,000 ? dating to the 1980s.

Biden’s most recent federal tax return had been released by the Obama administration in 2015. He and Jill Biden paid $85,000 in federal taxes on $390,000 in income, which include both their salaries and nearly $19,000 in rental income. The Bidens that year held less than $25,000 in investments and gave nearly $7,000 to charity.

The Bidens also donated between $100,000 and $499,000 to the Biden Foundation, a family-based nonprofit, since its launch in November 2016, according to the charity’s website. The Bidens set up the nonprofit to advance political and cultural issues aligned with his political interests, but the couple suspended the foundation’s operations last April to concentrate on Biden’s presidential campaign.

Watch: 10 Foods No American Can Make Better Than a Texan