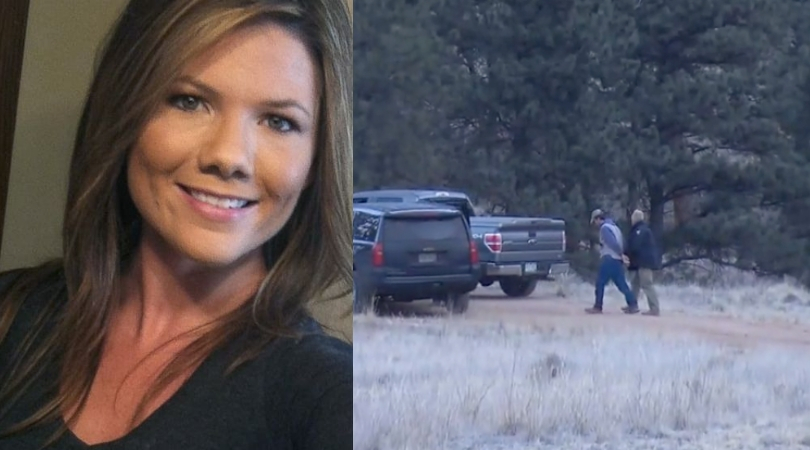 WOODLAND PARK, Colo. (AP) — Authorities say they have arrested the fiance of a Colorado woman who was last seen on Thanksgiving. Teller County sheriff’s Cmdr. Greg Couch said Patrick Frazee was arrested Friday morning at his home in the community of Florissant, Colorado,

Couch said he could not provide any information about charges. Kelsey Berreth was last seen near her home Woodland Park, about 15 miles (24 kilometers) from Florissant.

The investigation opened Dec. 2 after Berreth’s mother requested a police check on her daughter. Surveillance video showed the 29-year-old entering the store with what appears to be her 1-year-old daughter in a baby carrier.

Frazee told police he last saw her later that afternoon when he picked up the couple’s daughter.

DENVER (AP) — Colorado police investigating the disappearance of a woman last seen on Thanksgiving Day searched her fiancé’s property on Friday morning. Police did not immediately disclose any information about the purpose of the search at the property in the tiny community of Florissant, south of Denver. Police announced that they would hold a news conference Friday afternoon to provide updated information about the disappearance of 29-year-old Kelsey Berreth.

Her disappearance has mystified her family and investigators. She was last seen on Thanksgiving Day entering a grocery store with what appears to be her 1-year-old daughter in a baby carrier, in images captured on surveillance video. Patrick Frazee, her fiance, told police the couple met sometime that afternoon so he could pick up the child from her. They did not live together.

Police said the only sign of Berreth after that were text messages from her cellphone. Location data later suggested that by Nov. 25 the phone was in Idaho, 800 miles (1,290 kilometers) from Berreth’s home in the Colorado city of Woodland Park, about a 20-minute drive from Florissant.

Frazee has not been named as a suspect in the disappearance of Berreth, a pilot who works as a flight instructor for an aviation company. Public records show that property associated with Frazee’s name in Florissant covers 35 acres (14 hectares).

“We encourage law enforcement to take whatever steps it deems necessary to find Kelsey Berreth and to be able to exclude Patrick Frazee as a possible suspect in this missing person investigation,” Loew said. Loew had previously said that Frazee provided police with DNA samples and gave investigators access to his cell phone. The couple’s daughter has remained with her father.

Frazee told police Berreth last texted him on Nov. 25, the Sunday after Thanksgiving. Her employer received a text message from her cellphone that day saying she planned to take the following week off. A police investigation was opened Dec. 2 after Berreth’s mother asked for a welfare check of her daughter.

Police said they found both of Berreth’s cars outside her Woodland Park home. Police also said Doss Aviation, Berreth’s employer, has accounted for all their planes and police have no reason to believe she used someone else’s plane for a flight.