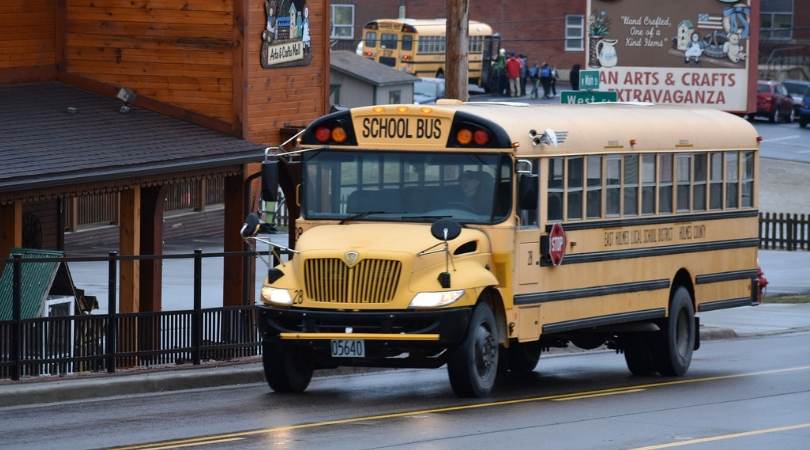 A bus driver in North Carolina was transporting kids to school when her ex-boyfriend boarded the vehicle and began beating the woman, who managed to keep her foot on the brake even after being knocked to the floor, police said.

The Scotland County Schools driver had stopped to pick up students along her morning route Tuesday in Laurinburg when 46-year-old Kenneth Latrel Revels boarded unexpectedly, the Laurinburg Police Department said in a statement.

Revels is accused of punching her repeatedly and stomping her head after knocking her to the floor. As many as 20 children were on board, watching while she struggled to keep her foot on the brake to prevent the bus from “moving uncontrollably.”

Revels eventually hopped out of the bus and ran away. He hasn’t been caught, news outlets reported.
The district said no students on the bus were injured.

Laurinburg is about 80 miles (129 kilometers) southeast of Charlotte.

Watch: School Bus Loaded with Kids Drags a Honda Across the Parking Lot