Officer Given McDonald’s Coffee with ‘F****** Pig’ Written on Cup 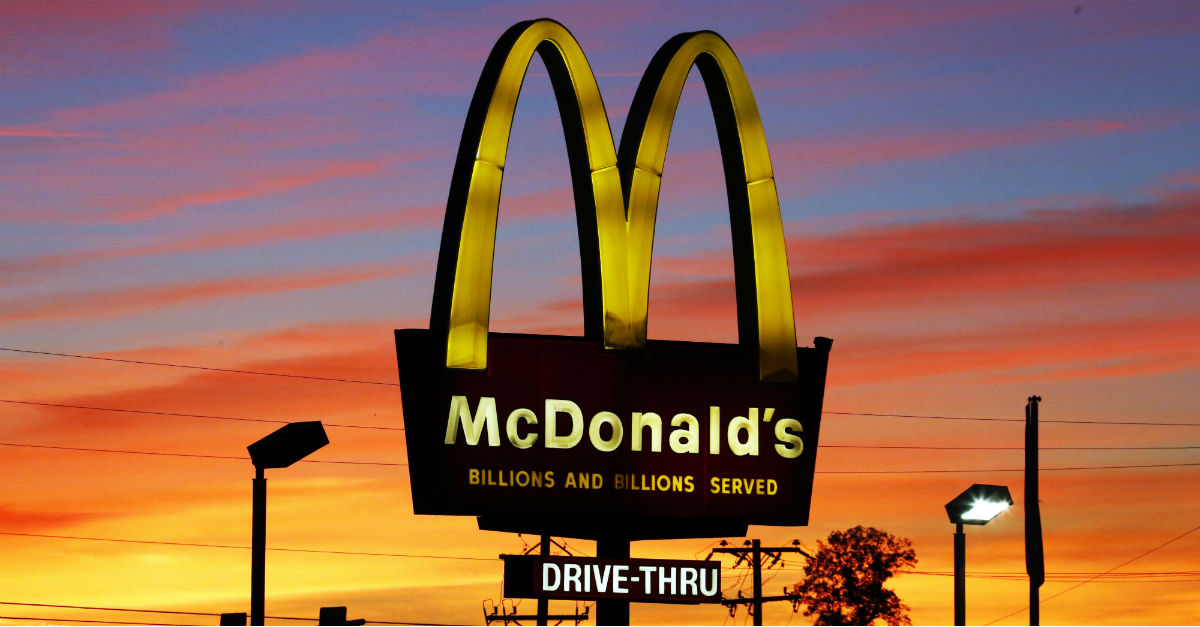 Authorities say a police officer who stopped at a McDonald’s restaurant on his way to work was handed a coffee with an expletive and the word “pig” written on it.

Herington Police Chief Brian Hornaday said in a Facebook post that one of his officers was headed to work Saturday when he stopped at the McDonald’s drive-through in Junction City, which is near Fort Riley. Hornaday wrote the officer was offered a “free lunch” and that “A Big Mac and large fries doesn’t make up for it.” He said the officer has never met the McDonald’s employee.

“This behavior has been, is and always will be wrong,” Hornaday said.

Police in Junction City said in a Facebook post that the department is “upset this occurred” but said it does not represent how the majority of people in the community feel about law enforcement.

The sheriff’s office in Geary County, where Junction City is located, said that in “a show of faith,” the sheriff and some of his command staff will be visiting the McDonald’s on Monday morning to have a cup of coffee.

“We don’t know the whole story and are saddened by seeing this incident in our community,” the post said. “However, we at the Geary County Sheriff’s Office, believe this was an isolated incident and have faith in management at McDonald’s to get to the bottom of the situation.”