A Florida special education teacher and two teacher aide’s were charged with abusing children with autism, after locking them in dark bathrooms and blowing a whistle into one’s ears. According to reports, Margaret Wolthers surrendered to the Okaloosa County after another aide was shocked by the repeated abuse at the Silver Sands School in Fort Walton Beach and reported it to a school police officer. Wolthers is now facing aggravated child abuse charges along with Aides Diana LaCroix and Carolyn Madison.

The women allegedly abused the children between ages 8 and 10 from September to November of last year. All three autistic children were locked separately into a classroom bathroom with the lights off for up to 90 minutes. The children would cry and scream when placed inside the bathroom and let out once they were ‘calm’.

According to investigators, the teacher and aides “intentionally and maliciously” blew a whistle in the ear of a child with a low sensory auditory threshold, who wore earphones to protect himself from loud noises. La Croix and Madison would blow the whistle within seven inches of the child’s ear by holding her child’s arms down keeping him from protecting himself by covering his ears.

The classroom aides said they were only “disciplining the children” and felt the practices acceptable. The Principal did confirm the incident, saying school policy does not allow for seclusion without supervision as a form of punishment and is in fact, prohibited. All women, who had worked at the school for more than 5 years, were placed on administrative leave during the investigation. After the charges were filed, they were put on pay suspension pending the outcome of the criminal case.

The principal said the district is training their other teachers on how to handle children who are acting out. I mean, I sure hope so. My question here is…why go into teaching if you have no patience? Also, they were put on pay suspension? I’m sorry, but these women need to be fired immediately. That’s a lawsuit waiting to happen, get it together Florida. Think of the children!

This article was originally published on February 1, 2019. 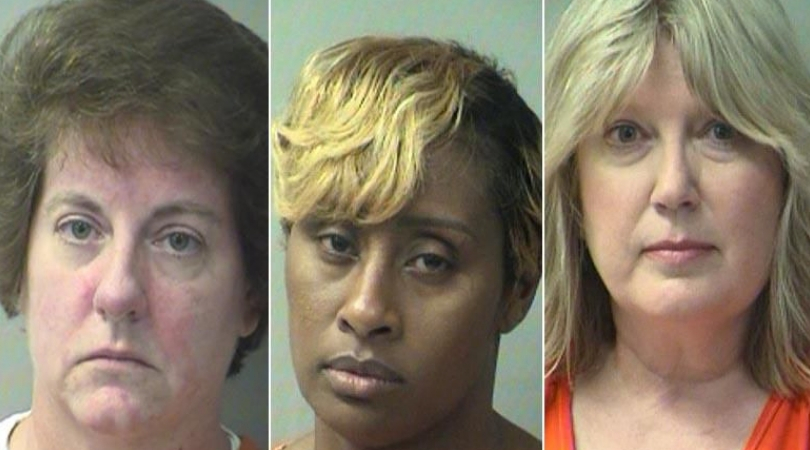