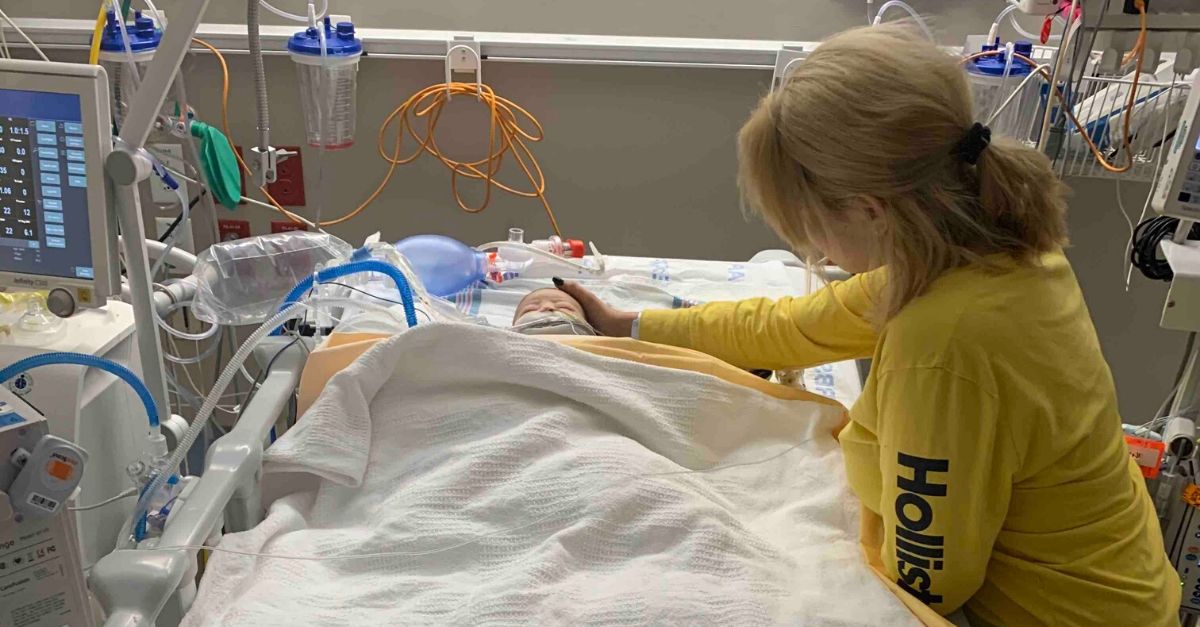 A grieving mother from San Antonio is asking for prayers after her newborn was shot in the chest, and is now clinging to life. According to authorities, baby Armani Cazares, who is one-month-old, has been in intensive care at the University Hospital in San Antonio. The boy was shot by his mother’s 19-year-old boyfriend, Lance Tello Jr.

Medical experts, unfortunately, don’t believe the child might be able to recover since the boy has no brain activity. Authorities also stated Tello is not only accused of shooting the baby but also shot his mother and his 14-year-old sister inside of his home. He’s currently being held at Bexar County jail with a bond set at a combined $500,000.

Many American women are isolated with abusers who have easy access to guns.

Some Governors are making it easier to buy a gun by reducing permitting requirements instead of using their powers to give law enforcement more time to complete background checks. https://t.co/0m0dpN7UpS

The couple began dating when she was only 4 months pregnant and although he wasn’t Armani’s biological father, he took care of him. The couple did not live together but would stay together on the weekends. According to Armani’s mother Daisy Delacruz, Tello worked 6 days a week at the Maruchan Texas Inc. ramen noodle factory. Just last week, he told her he was feeling stressed at work and asked if she can pick him up early. The mother said that when they got to his house he seemed normal and even asked to feed the baby. Out of nowhere, the man’s mood changed saying he didn’t want to hold a baby anymore, flipping a switch.

Delacruz stated, “And I’m talking to him and telling him, ‘I’m sorry you’re feeling like this, but can you just talk to me?’ He still doesn’t talk to me. I then see him reach in between the mattresses and I see him pull out a gun. He has no emotion in his face, he’s just looking at me with this evil look.” Tello then stood up again and pointed a gun at her then quickly pointed at the baby. Before she could push the man away from him, the man shot the boy on the floor, and he began to turn blue.

"They're telling me he's practically brain dead. They're suggesting I pull the plug and I don't want to."

That’s when Tello turned his mother and sister, shooting them both. Luckily, medical staff stated they are expected to recover. Police officers arrest Tello several blocks away from his house.

Unfortunately, the future of baby Armani remains uncertain. The mother noted her son, who she calls her miracle baby, is now on a ventilator but doesn’t want to let go of him just yet. Tello is currently been charged with one count of injury to a child and three counts of aggravated assault with a deadly weapon. He has yet to enter a plea to the charges against him. If you would like to donate to the Delacruz family’s GoFundMe page for medical costs, you can visit their website here.