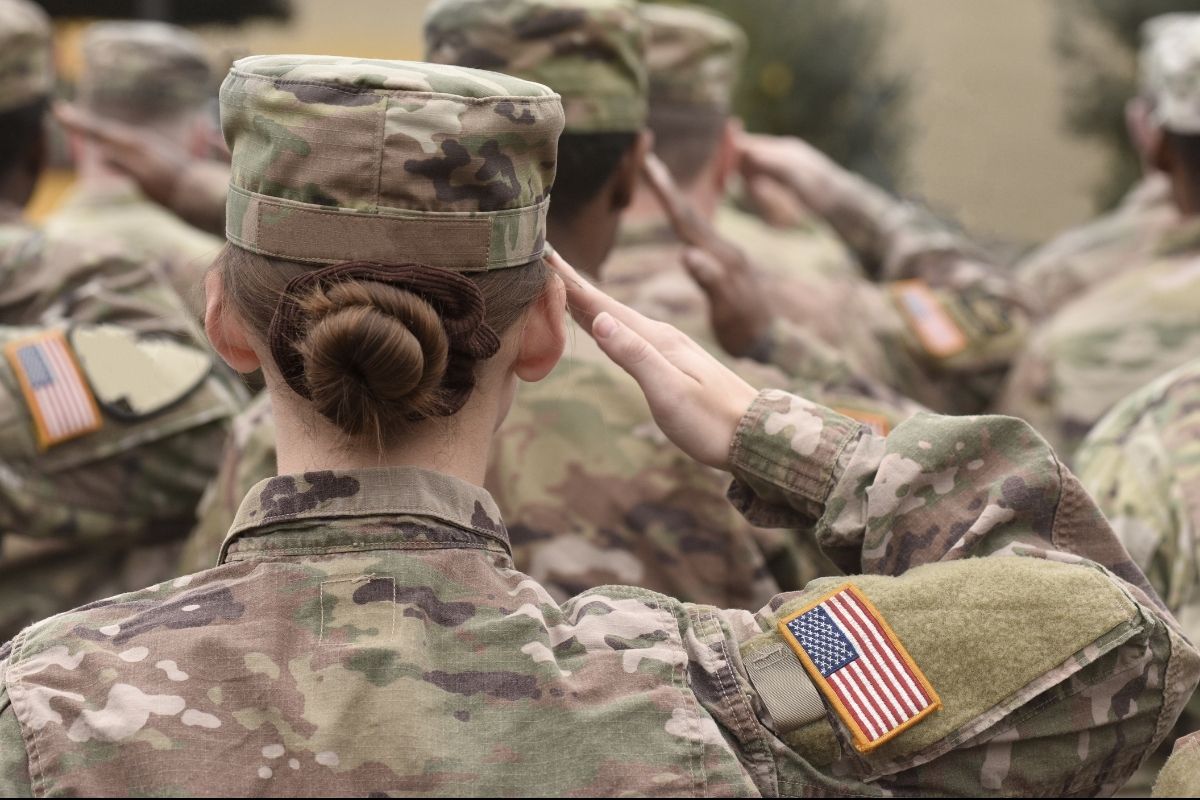 The Pentagon is coming up with a new solution in changing the U.S. Army’s “gender-neutral” physical fitness test that it has for both male and female soldiers because more than half of the female soldiers are failing it. According to the Telegraph, the Army is, “considering a reversal of its new gender-neutral physical test to instead include different evaluation categories for men and women,” since female soldiers have a 65% failure rate with the Army Combat Fitness Test, compared to the 90% of male soldiers who have passed.

Congress halted the ACFT so that the U.S. Military could re-evaluate whether the test is actually fair. The test measures a three repetition maximum deadlift (MDL), a standing power throw (SPT), a hand release push up- arm extension (HRP), a spring-drag-carry (SDC), a leg tuck (LTK), and a two-mile run (2MR). In order to pass, test takers must score 360/600 points, with those who have higher scores in the running to get promoted.

However, the average women’s score is approximately 100 points lower than men’s, raising the questions about considering the biological differences, like body strength, between men and women.

Making the test fair for both genders is a high priority for the Army. An unnamed Army official told Military.com, “We are not going to artificially inflate the raw score for women, but we have to figure out a way to make it fair to both genders,” the officer added, “We need a fair way that accounts for physiological differences. If anything, it’s a more gender-neutral assessment process because it doesn’t show the raw scores.”

The officer also explained that the proposed solution to this problem involves creating “gender-specific” percentile bands, broken into the Top 1%, Top 10%, Top 25%, and Top 50%, saying, “All they are going to see for evaluation is which percentile the soldier falls into. The gender identity will not be included in that information.”

Back in February, the Army’s first female infantry officer, U.S. Army Captain Kristen Griest, explained why this test should be gender-neutral in getting scored the same for men and women. She argued that scoring the fitness standards and physical requirements the same regardless of gender has less to do with making physical readiness, physical training, and muscular strength equal between male and female service members and more about the fact that the physical demands of different roles and positions don’t change because of gender.

She said, “The entire purpose of creating a gender-neutral test was to acknowledge the reality that each job has objective physical standards to which all soldiers should be held, regardless of gender. The intent was not to ensure that women and men will have an equal likelihood of meeting those standards. Rather, it is incumbent upon women who volunteer for the combat arms profession to ensure they are fully capable and qualified for it. To not require women to meet equal standards in combat arms will not only undermine their credibility, but also place those women, their teammates, and the mission at risk.”