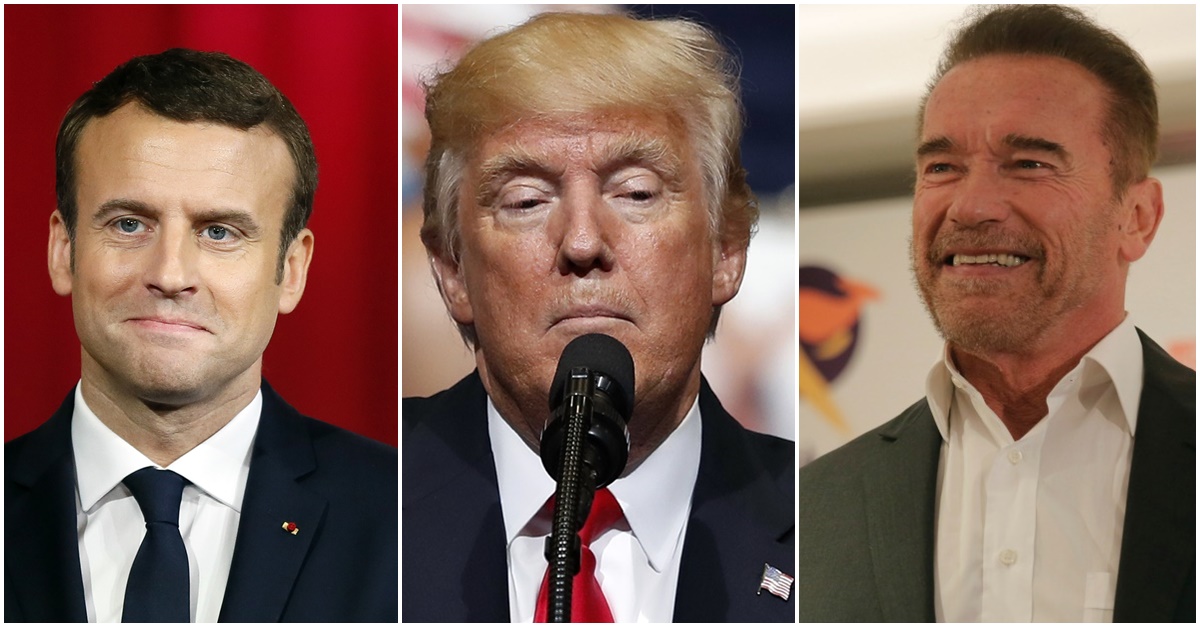 Former California Governor Arnold Schwarzenegger and French President Emmanuel Macron met over the weekend in Paris to talk about climate change, and while they were there, they couldn’t help but throw in a subtle (or not so subtle) jab at President Donald Trump.

On Friday, Schwarzenegger posted a video to his Twitter account that was labeled “With President Macron, a great leader.”

In the video, the former politician says, “I’m here with President Macron. We’re talking about environmental issues and a green future.”

Macron then chimes in, adding, “And now, we will deliver together to make the planet great again.”

I was truly honored to meet with President @EmmanuelMacron about how we can work together for a clean energy future. He's a great leader. pic.twitter.com/MSoxjIruup

The “make the planet great again” comment was no doubt directed at President Trump and his slogan “make America great again.”

Schwarzenegger’s video and Macron’s comment come after Trump decided to pull out of the Paris climate accord on June 1.

RELATED: Will Ferrell blasts “thin skinned” President Trump to the New York Times and explains what was better about Bush

At the time, Macron criticized Trump’s decision, saying, “I do respect this decision, but I do think it is an actual mistake both for the US and for our planet.”

He added: “Wherever we live, whoever we are, we all share the same responsibility: make our planet great again.”

This isn’t the first time Schwarzenegger has trolled Trump, either. The “Terminator” star blasted America’s 45th president after he pulled out of the Paris agreement, saying that “one man can’t stop our clean energy revolution. And one man can’t go back in time.”

The two also had a battle of words going on between them earlier this year when the former governor took over as host of “Celebrity Apprentice.” Trump criticized the show’s low ratings and even jokingly asked for prayer for the show at the National Prayer Breakfast.

Schwarzenegger subsequently shot back at America’s 45th president saying that maybe they should “switch jobs.”