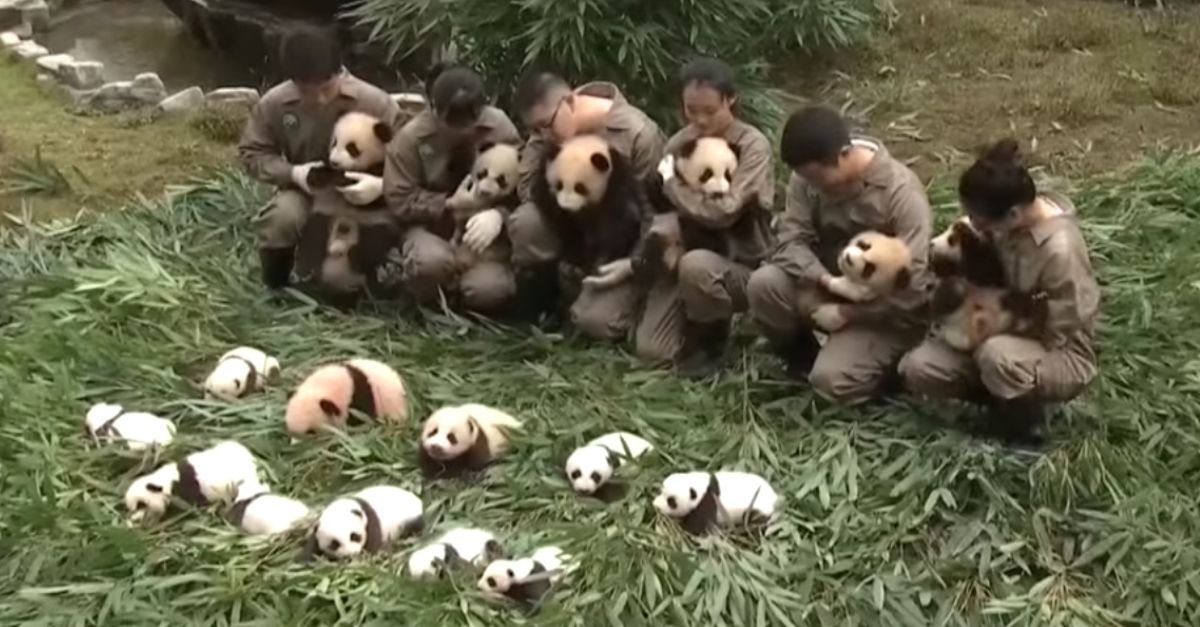 By October 2017, 42 giant panda cubs had been born at the China Conservation and Research Center, located in Ya’an, China, in the Sichuan province. The staff members at the breeding program decided to make a public debut for 36 of the baby pandas and I’m not sure if anyone can truly handle the cuteness overload.

Out of the 42 newborn pandas at the breeding center, there are 15 pairs of twins. This video from the CCTV Video News Agency features the first public appearance of 36 of the panda cubs, and it’s probably one of the most wholesome videos on Youtube.

Baby pandas typically aren’t in control of their motor skills until about 3-months-old. These panda cubs range in age between 1 to 5-months old, which goes to show why some of them are just miniature giant pandas walking around and why others are even tinier panda babies who can only roll around with their fluffy bodies.

The China Conservation and Research Center not only housed these panda babies, but also the oldest giant panda mother to give birth in 2017. Haizi, a 23-year-old giant panda, had given birth to one of the many pairs of twins that were part of the breeding centers’ public debut.

Li Desheng, one of the breeding program’s giant panda experts said in a statement, ?Generally, the maximum breeding age for giant pandas is 20 years old, and pandas older than that are not encouraged to participate in breeding. But Haizi?s success demonstrates the advanced degree of care offered at our center ? it is a breakthrough in panda breeding.?

Aside from the obvious but also important humane reasons of why we should care about preserving the panda population, it wouldn’t hurt to add preserving the cuteness to the list.

Editor’s note: This article was originally published on October, 16, 2017.