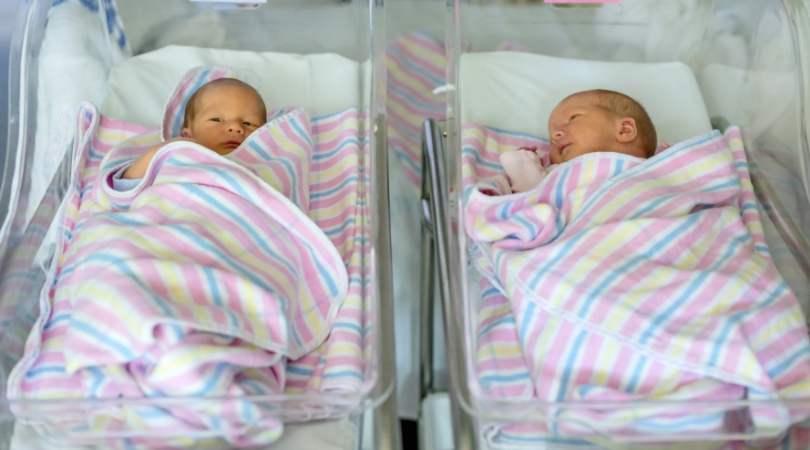 Congratulations are in order for a 74-year-old woman in India, who recently gave birth to twin girls. According to The Times of India, Erramatti Mangyamma became a mother for the first time and is believed to have achieved a world record of becoming the oldest person to give birth. Mangayamma welcomed two baby girls via C-Section at a hospital in Guntur.

According to Dr. Sankkayala Umasankar, who treated the 74-year-old woman, despite the risk of giving birth at her age, the delivery went more than well and both the mother and the babies are healthy. Ten doctors worked for nine months to keep a close eye on her health, calling it a medical miracle.

Umashankar stated the new mother was taken to an intensive care unit following the C-section to “come out of the stress she had undergone for the last few hours.” Mangayamma has been married to her 82-year-old husband E. Raja Rao since 1932 and was unable to conceive naturally for years, opting to try in vitro fertilization (IVF) after learning her neighbor had undergone the process at 55. Which is when they met up with Umashankar to help them with their journey.

The medical expert stated, ?She could not succeed in her attempts to conceive even after visiting several hospitals. Even after she attained menopause nearly 25 years ago, she had a strong desire to become a mother. She decided to try the method and approached us. We were surprised by her willpower. We conducted all the medical tests and found that she was medically fit for conception through IVF.”

We're glad these people are happy but imagine having parents who PROBABLY won't make it to your high school graduation… https://t.co/JdyYruIlLb

There were a few problems with her journey to conceive due to her already going through menopause. Meaning, she was no longer producing eggs, which is why the couple relied on an egg donor. Once they obtained the egg from a donor, they fertilized it with Raja Rao’s sperm through IVF treatment. The women then luckily conceived in the first cycle itself and found out she was pregnant in January.

Since birth, the Indian mother has remained in the hospital with numerous doctors, including a pulmonologist, cardiologist, nutritionist, and gynecologists who are monitoring her progress. She was also forced to go through several rounds of psychological counseling to ensure she was mentally strong before giving birth. So, after years of failed attempts, one round of IVF, and an eight-month stay in the hospital, Mangayamma and Rao finally met their girls and are the “happiest couple on Earth.”