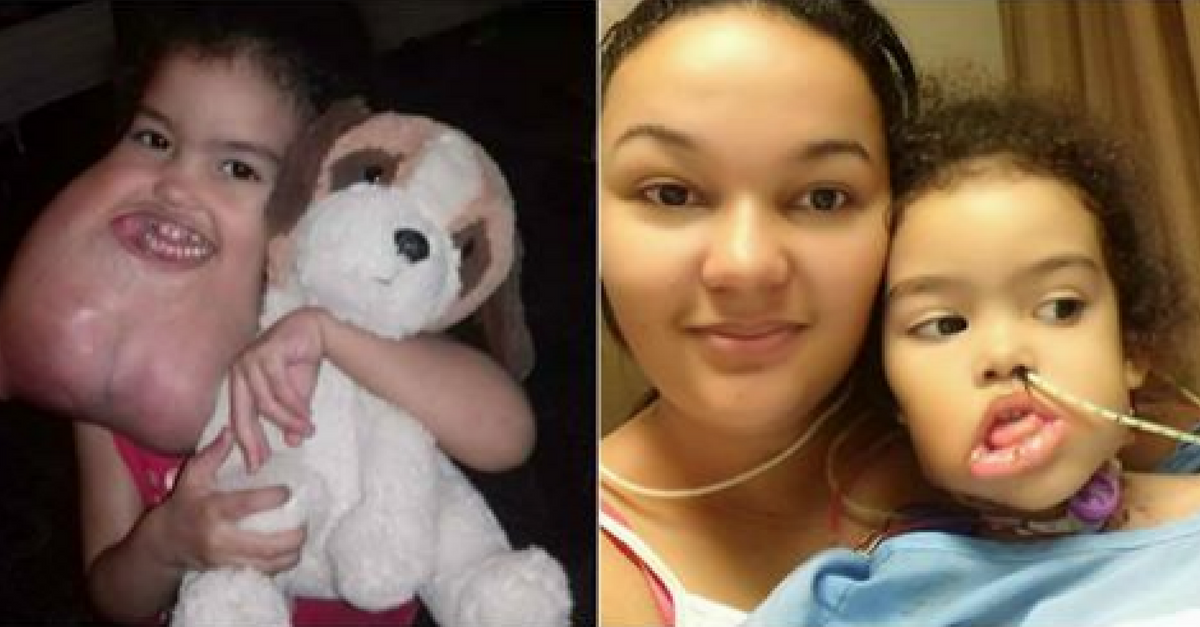 Melyssa Delgado Braga, a 3-year-old girl from Brazil, is recovering from a life-saving surgery that removed a 5-pound tumor from her face. Braga had a myxoma, a rare and aggressive benign tumor, that was eating away at her jaw, making it nearly impossible for her to eat, breathe, or talk. After seeing pleas from her parents on social media, a team of United States doctors agreed to donate their time for the procedure.

RELATED: The 8-year-old boy whose father got a matching tattoo of his head scar just received some heartbreaking news

“It was heartbreaking,” Dr. Ghali, who secured housing for Braga’s family and convinced the health system to underwrite the cost of her hospital stay, told PEOPLE. “She couldn’t even hold her head up the tumor was so huge. She could hardly swallow at all and she was beginning to have problems breathing. Her tongue was pushed all the way back to her throat. It was just a matter of time before this thing was going to suffocate her.”

“All of the procedures were donated, everybody did everything pro bono and the hospital and healthcare system donated their space and equipment, ” Dr. Ghali said. “I looked at it as our Christmas gift to this little girl and her family.”

When Braga’s parents saw her afterwards, they couldn’t contain their joy.

“They were so happy they were crying,” Dr. Ghali continued. “They were very appreciative of what was done for them.”

“I really to thank everybody for what all of you did,” Braga’s father said at a news conference last weel. “We had been waiting for help for such a long time and in one month everything happened.”

"The transformation in the child’s appearance is remarkable."These images show 3-year-old Melyssa Delgado Braga's before and after surgeons in Shreveport removed a rare tumor from her face.