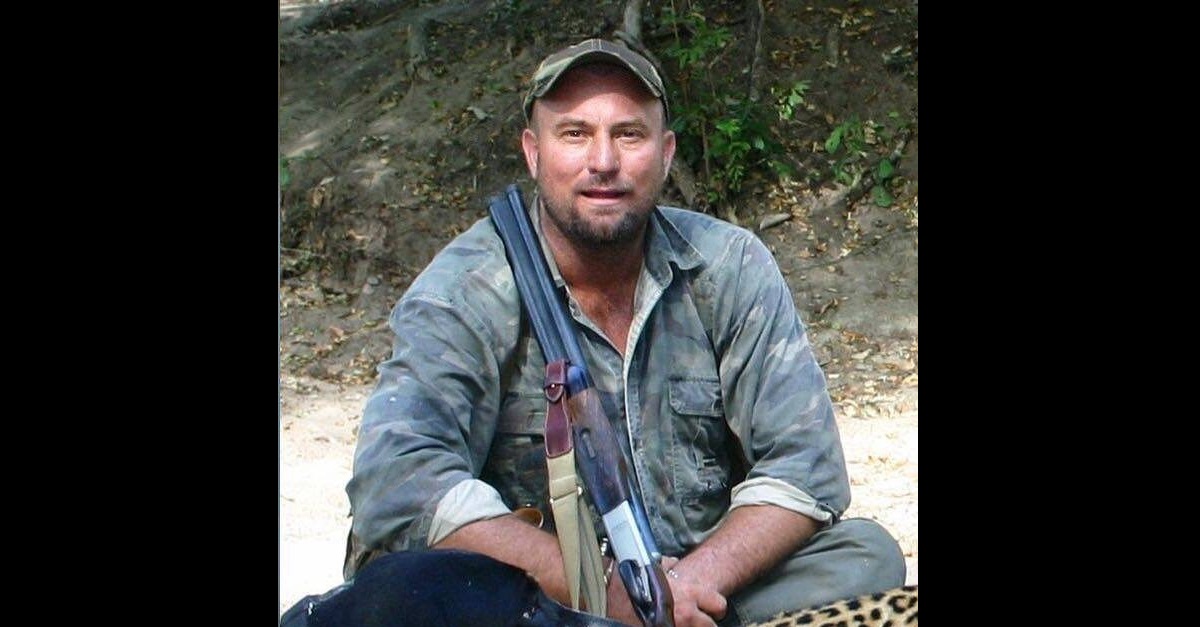 A prominent South African big-game hunter is dead after an elephant landed on him and killed him.

The accident happened at the Good Luck Farm preserve near Gwai, in Zimbabwe. Theunis Botha, 51, was leading a group on a hunt when they stumbled into a group of breeding elephants, who tried to protect themselves from the hunters.

South Africa’s News24 reports that Botha fired on three cows who charged the group, but a fourth elephant charged them from the side and lifted Botha in the air. A hunter in his group shot and killed the elephant but the animal fell in such a way that crushed Botha as well.

The professional hunter was a father of five. He is survived by wife Carike Botha as well.

The Telegraph reports that Botha recruited American and European hunters to take part in trophy hunting expeditions, and he specialized in hunting leopards and lions with a roster of hound dogs.

Theunis Botha had his own company, Game Hounds Safaris. The site calls his company “a family operation born out of a mutual love for Africa and its natural beauty.”