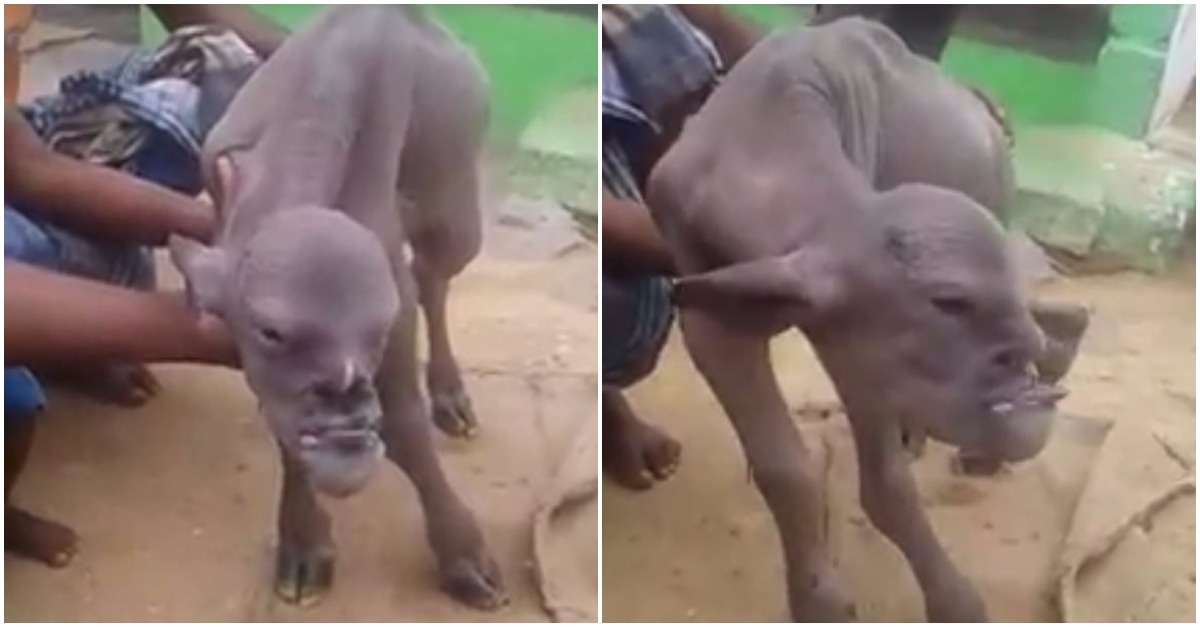 A mutant goat that looks like a human is freaking people out as it goes viral.

Samiraa Aissa posted the video on Aug. 16, 2017, with the caption, “A strange creature has been discovered in India. The animal, whose shape resembles that of a human being, terrifies a whole village.”

The images are grabbing people’s attention because the goat’s facial structure resembles that of a human. It has lips curled upward and a nose instead of a snout, according to AsiaOne.

Other goats have gone viral in the past. Most recently, one was trying to play with an officer by jumping on his patrol car.

RELATED: A “soul-cleansing” psychic faces charges for allegedly taking $147,700 from an elderly man