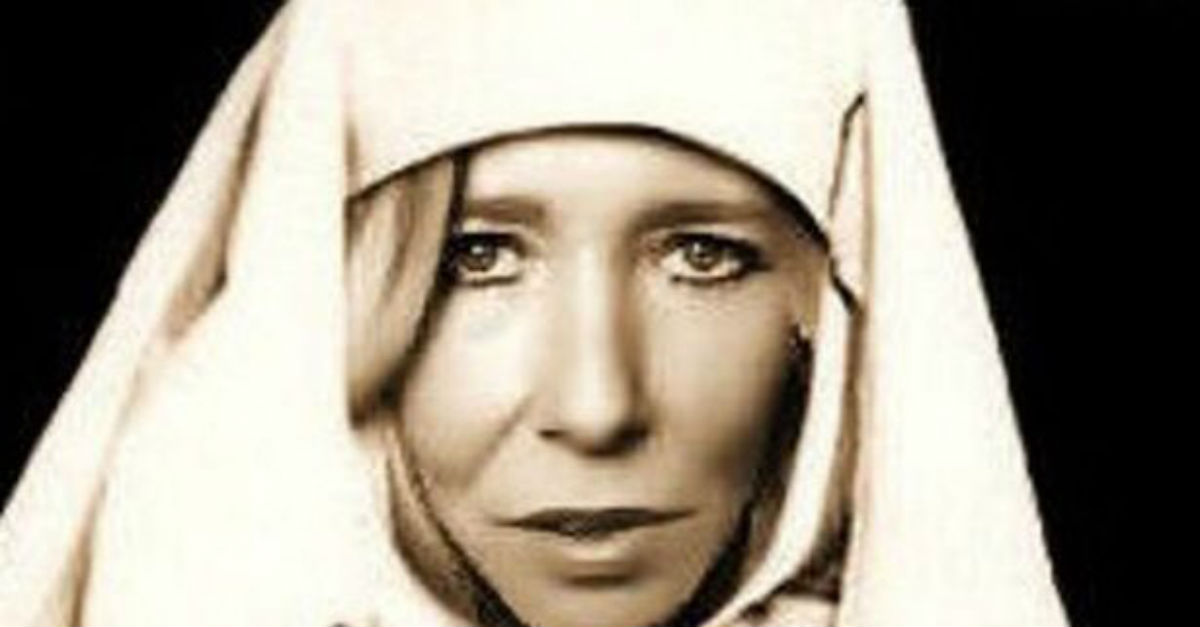 The world’s most wanted female terrorist was recently killed by a US drone in Syria.

Sally Jones, 50, a former punk rocker, and her son JoJo, 12, were recently killed in a drone strike after leaving Britain in 2013 to join ISIS militants in Syria.

Jones, who was nicknamed the “White Widow,” is believed to have publicized a list of American military personnel to be targeted by ISIS militants, led a group of female terrorists, and acted as a top recruiter online.

Jones reportedly used an image of herself stylized as a nun and pointing a gun towards the camera when she posted propaganda online.

“The Americans zapped her trying to get away from Raqqa. Quite frankly, it’s good riddance,” a British official reportedly said in response to the news.

Jones reportedly used her son as a human shield at the time of her death. Prior to his death, a video surfaced of JoJo holding a gun in front of a group of prisoners just before they were executed.