“Just imagine how far you can go with a little bit of English,” read the billboard next to a head shot of the first lady giving a speech at the 2016 Republican National Convention. American Institute,  a private English language school in Zagreb, used Trump to encourage others to learn English. Trump was born in Slovenia, which neighbors Croatia. According to the school, the use of her image was out of the highest degree of respect.

“We are very sorry that the billboards were misunderstood as something intended to mock the U.S. first lady,” said school spokeswoman Ivis Buric. “It was meant to be something positive, to show her as a role model.”

“I’m satisfied with the fact that the school admitted that they violated the law and that they are ready to remove the billboards and (Facebook) ads,” said Natasa Pirc-Musar, Trump’s lawyer. “We are still analyzing possible further legal steps.”

Pirc-Musar said that the school needed to do more than apologize, suggesting a statement to state news media. The school, which reported the ads as “very successful,” said that they would put up new ads without the first lady’s image.

RELATED: People are melting down all over again because Melania Trump wore heels 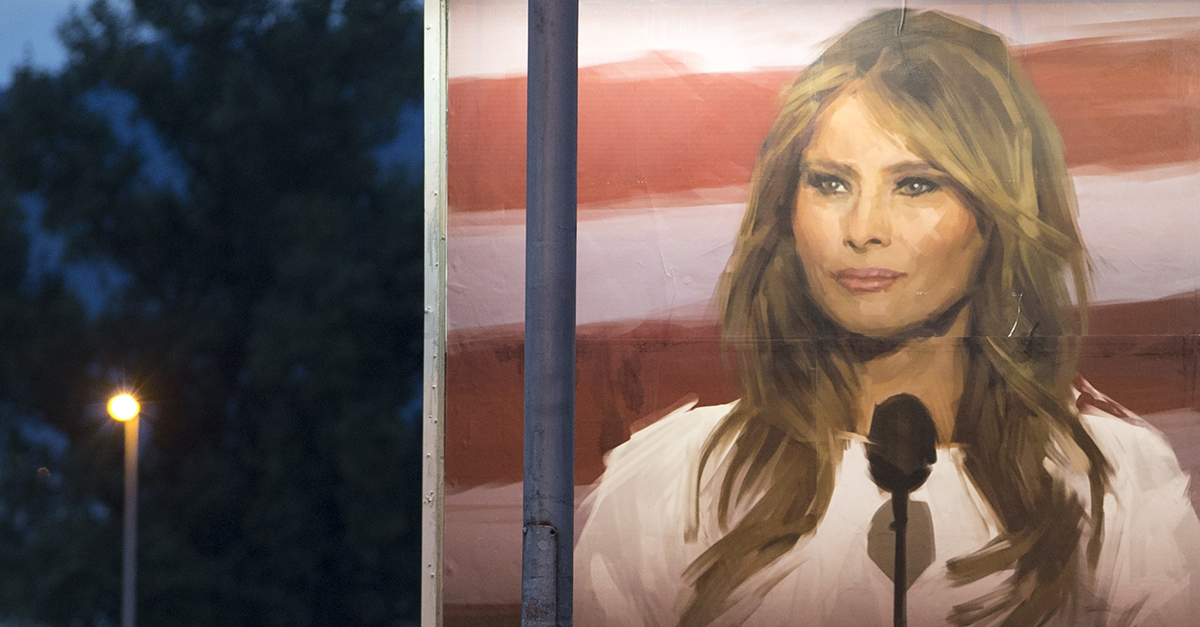