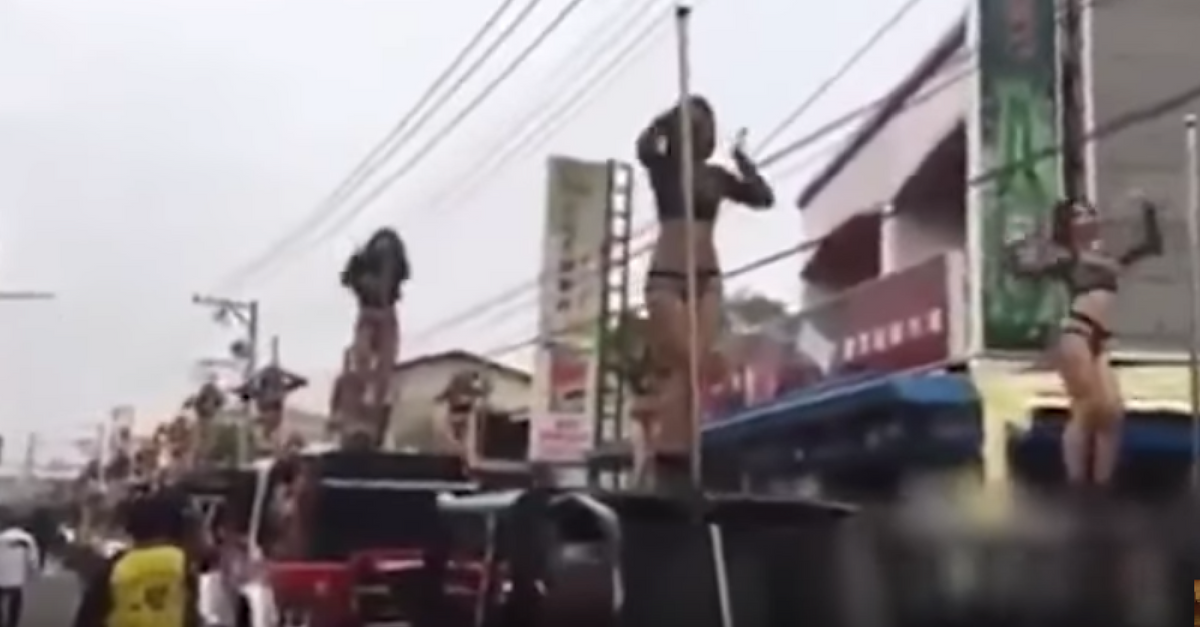 Earlier this week, a Taiwanese man made sure to fulfill his father’s posthumous wish. Apparently, the 76-year-old politician, Tung Hsiang, wanted his funeral procession to consist of 50 strippers dancing on top of Jeeps, and that’s exactly what his son gave him.

Hsiang’s son, Tung Kuo-cheng, said that his father lived an exciting life, so he wanted him to go out with a bang. The procession ended up being so large that it caused a traffic jam and went on for two hours. All the while, the strippers danced away on top of the 50 Jeeps that made up only one-third of the vehicles included in the procession.

Following the funeral, Tung Kuo-cheng made a statement on his Facebook page thanking everyone who attended.

“After the funeral of my father, it’s time to address my emotions and organise my thoughts,” he said. “The first thing is to express my thanks to everyone. I want to express my gratitude towards the funeral guests, relatives and friends. Thanks for the comforting words of care.”

According to the Daily Dot, the Chinese government has attempted to crack down on the practice of hiring strippers for funerals — which is surprisingly common — saying they have “severely polluted the local cultural life.” In Taiwan, however, the tradition is still alive and well.

RELATED: Former “View” co-host lost it when a “fight” broke out at Ricky Harris’ funeral — then she found out who caused it