A man that had parked outside of a gas station to go to the bathroom emerged to find that a speeding Porsche had smashed into his car, with his wife and young son side.

The impact killed the mother and son, as well as the driver of the Porsche and his passenger.

RELATED: Watch a man step on the gas and end a 3 a.m. bar brawl with a bang

According to Neos Cosmos, it was George Vakakis, the son of toy magnate Apostolos Vakakis, who was behind the wheel of the car said to have traveled between Athens and Delphi at speeds upward of 120 mph. Vakakis’ passenger, a 24-year-old friend, was ejected from the vehicle and killed.

He was not wearing a seatbelt. Vakakis died inside the vehicle.

He was visiting his family in Greece on a break from studying in the United States, The Sun reported.

RELATED: Cringeworthy video of cars crashing in the snow is Mondays and winter driving in a nutshell

In the legally parked Honda Civic were a 33-year-old woman and her 3-year-old son. They were killed due to the impact of the crash and the intense explosion that followed.

The report says the father ran outside screaming and desperately tried to save his family, to no avail.

The victims have not been identified. 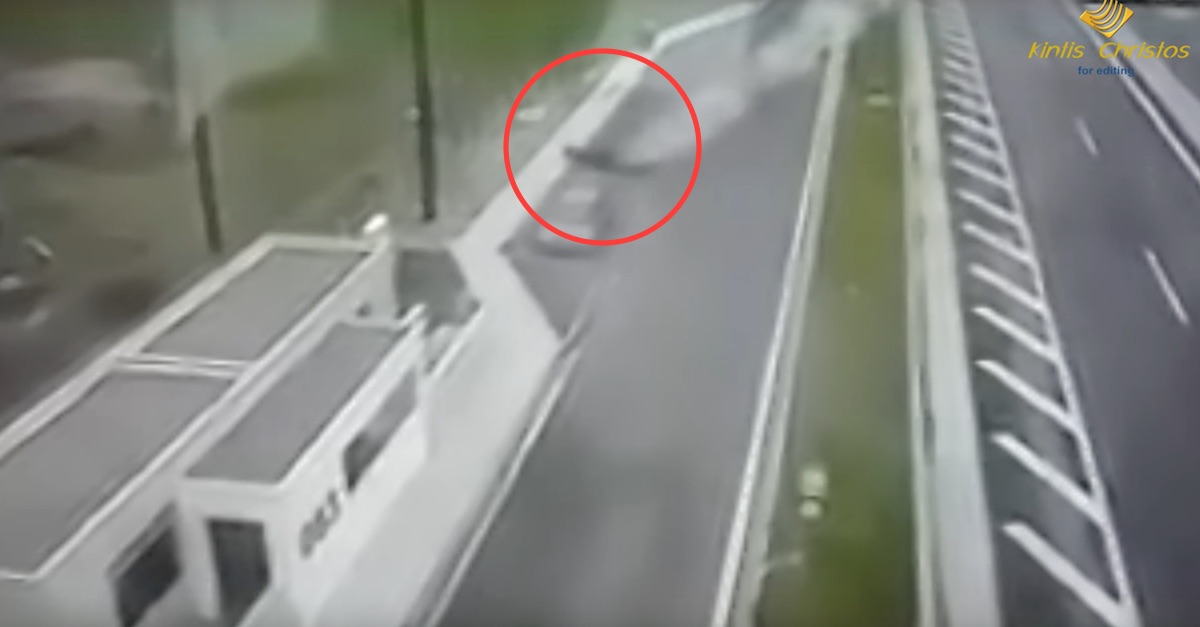