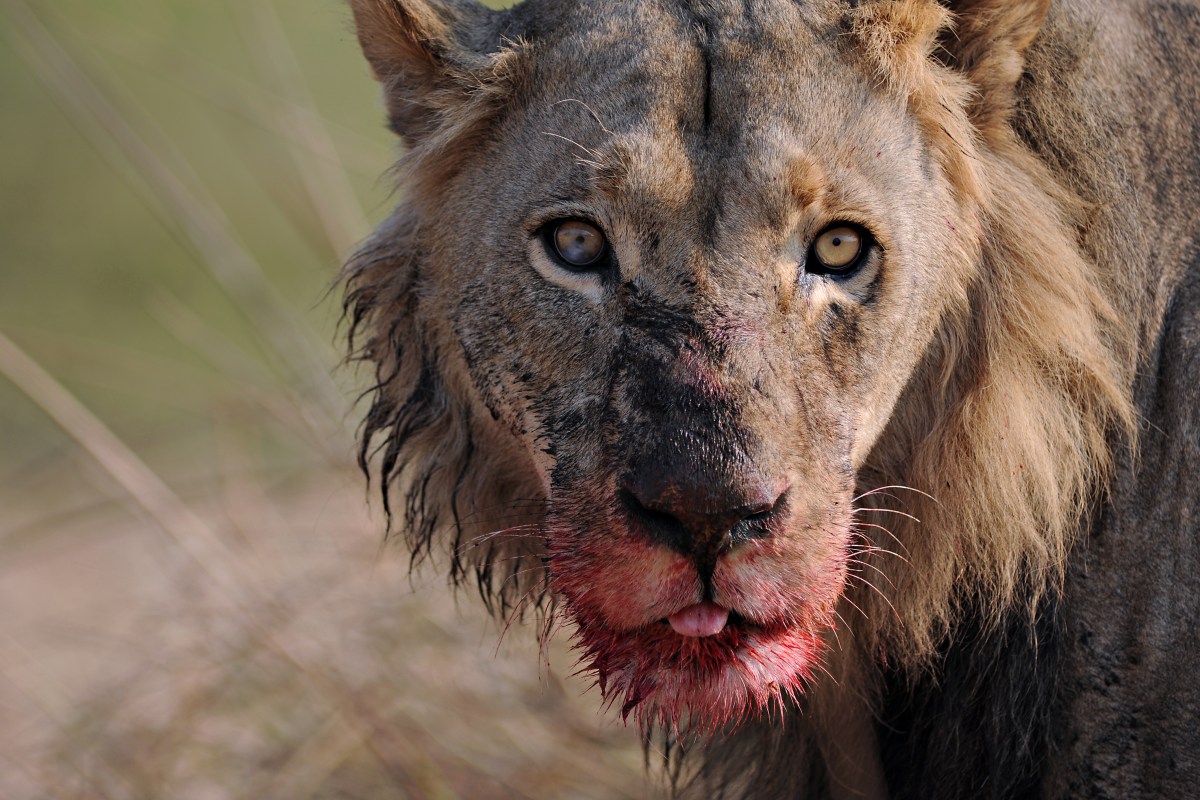 A suspected poacher was nearly entirely eaten by a pack of wild lions, according to USA Today and other outlets.

The attack reportedly took place in a private, South African nature park last Friday. According to authorities, the mostly-eaten body of the victim was found beside a rifle and ammunition, reported Sowetan Live.

RELATED: Poachers break into a French zoo and kill an endangered rhinoceros for its horn

“It seems the victim was poaching in the game park when he was attacked and killed by lions. They ate his body, nearly all of it, and just left his head and some remains,” said local police Lieutenant-Colonel Moatshe Ngoepe. Since publication, the identify of the victim remains unknown, but his head will be a vital clue.

“The process of identifying the deceased has already commenced, and it might be made possible by the fact that his head is among the remains that were found at the scene,” Ngoepe continued.

The body was initially thought to belong to a 47-year-old missing tractor driver, but authorities discovered him alive after he trekked to safety.

“We are still trying all other means, including the Home Affairs Department, to get his history, which may lead us to his residential place,” said Ngoepe.

After news broke of the attack, some people called the mauling “Karma at its finest.”

Another person wondered whether “animals are getting smarter.”

“This is not the first time this has happened,” he wrote. “Animals are probably getting smarter and ambushed him from multiple angles. Can?t fire off shots in multiple directions at once. I hate to see someone lose their life but 150-200 different species of animals go extinct everyday because of Man. Maybe we should be reporting and mourning that.”

RELATED: Rugby star pats a lion on the head ? it didn?t go so well

Last year, a rare tusker elephant was found dead in Kenya, believed to have been killed by poachers.

?I am pretty gutted, really,? Richard Moller, head of conservation group Tsavo Trust, told AFP. ?This particular elephant was one that was very approachable, one of those easy old boys to find. Many of the others are much more difficult to see.?

The 50-year-old animal, Satao II, was believed to have been shot with poisoned arrows, but in his case, his tusks were found intact, meaning the men believed to be responsible for his death were unable to harvest him for ivory.

?Although this is a very sad loss in every way, we can take some positive from this in that Satao?s carcass was indeed found with the ivory intact, and recovered before it could fall into the wrong hands and further fuel the illegal ivory market,? the Tsavo Trust said in a statement. ?More importantly, this poaching gang has been broken forever.?