Johnathan Chow, a 17 year old from Singapore, was tragically killed on Friday while performing a stunt intended to be filmed for a Snapchat video.

For the stunt, he jumped over a railing at a mall, hoping to land on a ledge beneath him. However, the ledge couldn’t support his weight and collapsed under him, causing him to fall through the plasterboard and to his death four floors below.

Chow’s friend, who chose to only be identified as Ruth, told TODAY that she witnessed the tragedy.

RELATED: When an Australian resturaunt received an unexpected visitor, a waitress went above and beyond her job description

“We both thought the ledge was made of concrete, but when he jumped, he fell straight through,” Ruth said. “I knew it was dangerous, but before I could stop him, he already jumped over. I swear I wanted to jump over too, but I knew it was too late.”

According to Chow’s father Matthew, the teen had just returned to Singapore to await his call up for National Service after studying in Australia.

“He had already completed his medical check-up (but) his life was cut short,” said the elder Chow, a Singapore permanent resident. “No one would believe things like this would happen in a shopping centre. We don’t want other families to experience what we went through. I think this is the time to raise awareness and (make) some improvements in the safety aspects of public spaces, such as shopping centres.”

RELATED: Sweden to consider a new employee benefit that will allow people to take paid sex breaks from work

Ms Mavis Seow, chief operating officer of the retail business group that owns the mall in question, said in a statement on Saturday, “The glass railing along the link bridge is 1.2m high and acts as a safety barrier for members of the public. It also prohibits access to the plasterboard box-up, which is an interior architectural treatment. Together with our building consultants, we are currently reviewing if any other measures, in addition to the glass barrier, are required. In the interim, our security officers will be patrolling the various link bridges at more frequent intervals.”

Chow is set to be cremated on Thursday. 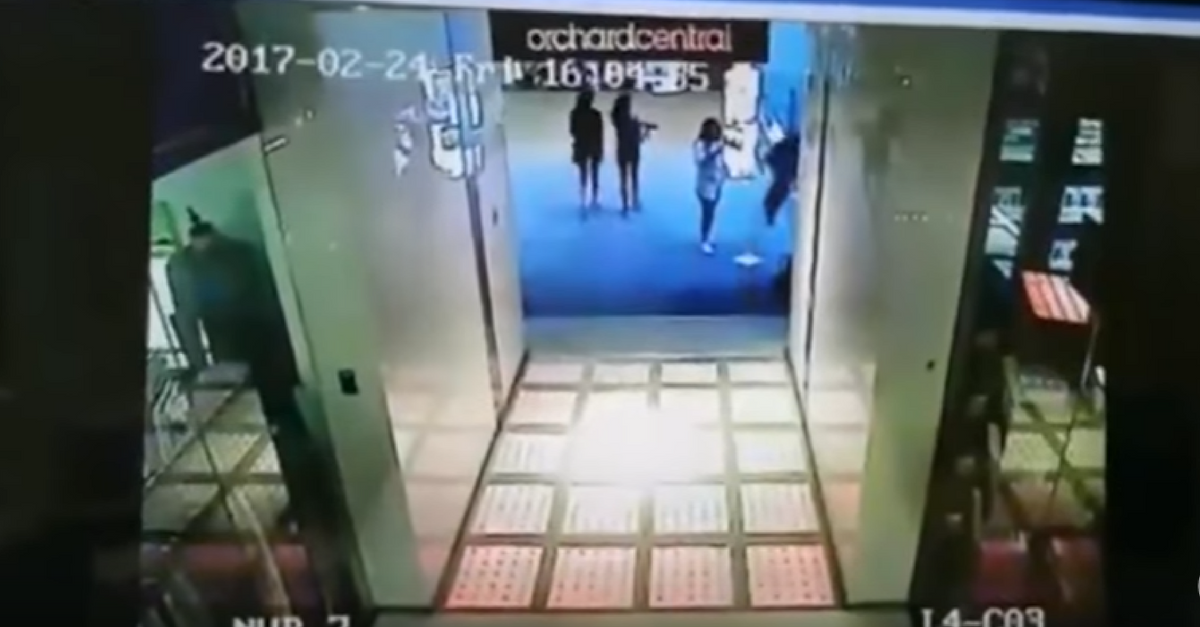