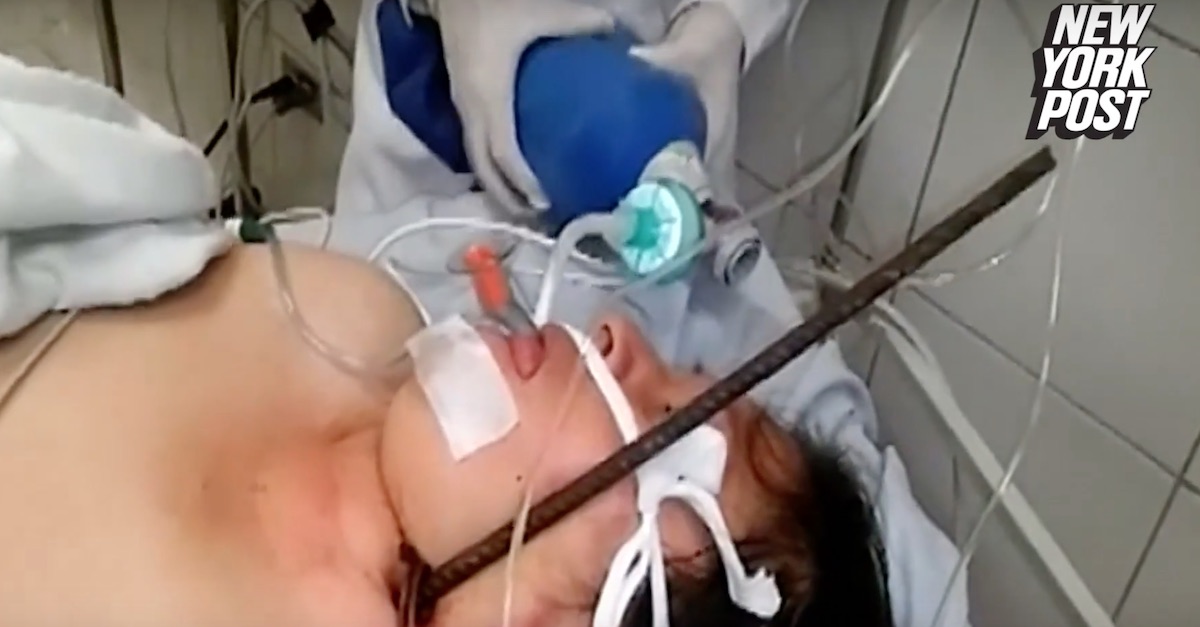 Talk about a close call.

A Peruvian woman who fell from a balcony in a successful attempt to save her granddaughter from being impaled by an iron construction pole ended up impaled herself.

RELATED: A woman?s beach trip came to a gruesome end when she was impaled by a surprising object

But here’s the good news: she survived the nasty fall.

The remarkable thing is how close she came to certain death. According to Reuters, Virginia Patricia Gallardo Diaz was just millimeters away from having her aortic artery pierced.

That is the largest artery in the human body.

Instead, the rod reached the woman’s lung and caused nerve damage.

?She was in a very bad state overall, very bad state, she was brought by the fire service and entered into shock as a result of the trauma, for which she was stabilised,? Surgeon Carlos Zapatel said Wednesday.

?The trajectory through the body meant that nerves were injured, in this case the left brachial plexus nerve,” he detailed the woman’s injuries. “Part of the left subclavian artery was also injured, the lower lobe of the lung, and the aortic artery was only saved by a few millimetres, the iron pole ran parallel to the aorta. When we examined her, the iron pole was even moving with the same frequency as the aorta.”

RELATED: Spectators were absolutely floored when a teen basketball player was impaled in the weirdest way

Peru.com reported that the rod missed the aortic artery by half a centimeter.

Dr. Zapatel said that the woman is in the middle of a good recovery.

?Her recovery has been very good, and she is now walking, she is breathing. The x-rays are also improving well; she must just continue with the respective controls,? he said.