A woman tried to sneak her boyfriend out of prison in a suitcase, but it didn’t go over so well 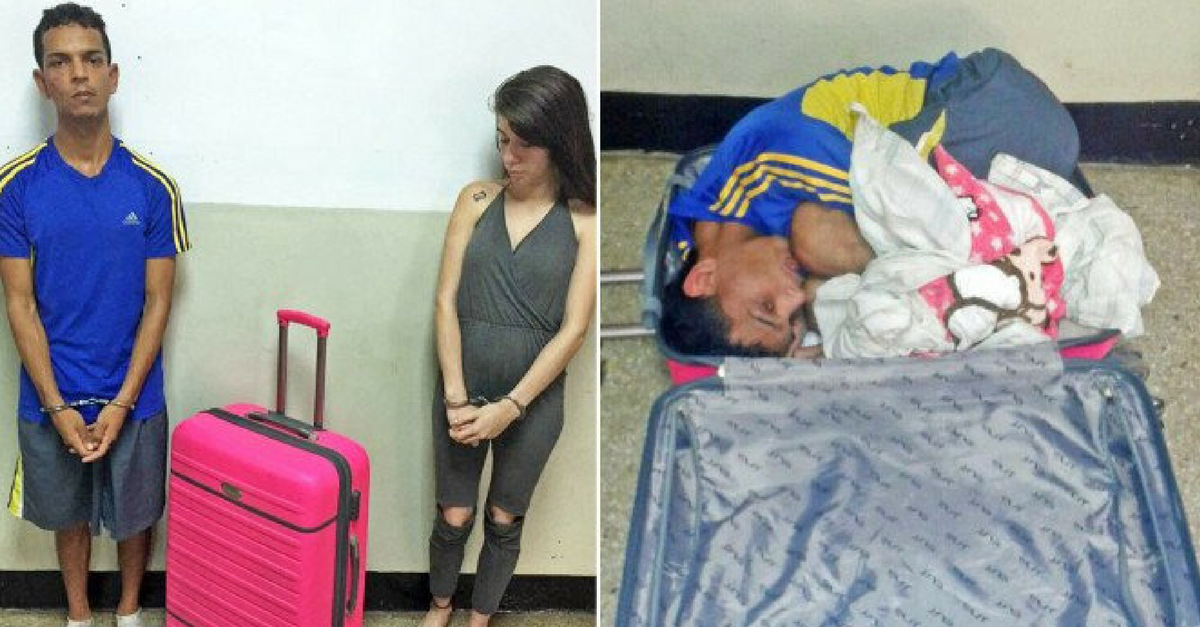 Antonieta Robles Saouda, a 25-year-old Venezuelan woman, was arrested after trying to smuggle her boyfriend out of prison in a bright pink suitcase.

RELATED: The autopsy on a 10-year-old girl raped and murdered while her mom watched has been released

When Saouda went to the Jose Antonio Anzoategui prison with her young daughter to visit her lover Ibrain Jose Vargas Garcia, she planned for the three to leave together as a family. After the visit, she promptly stuffed Garcia into the luggage and attempted to wheel him out the door. However, prison guards say it was clear that Saouda was struggling to pull the heavy suitcase, which led to their inspecting its contents.

Garcia was immediately discovered curled up inside and was thrown back into his cell, where he will continue serving his 10-year sentence for robbing a car. Saouda was also arrested and is awaiting charges, and social services took the couple’s 6-year-old daughter into temporary custody.

In Latin America, overnight stays by family members are quite common, so no one thought it was suspicious when Saouda arrived to the prison with a suitcase. However, the overstuffed luggage and her struggling to pull it gave her plan away. Authorities must have been impressed by Garcia’s contortion skills because they snapped a photo of him still inside the suitcase.

A woman has been busted for trying to smuggle her lover out of prison in a suitcase https://t.co/YJYcynTf1Y pic.twitter.com/ysVyK7FbtB

RELATED: A grilled cheese dispute caused one angry man to go get his gun