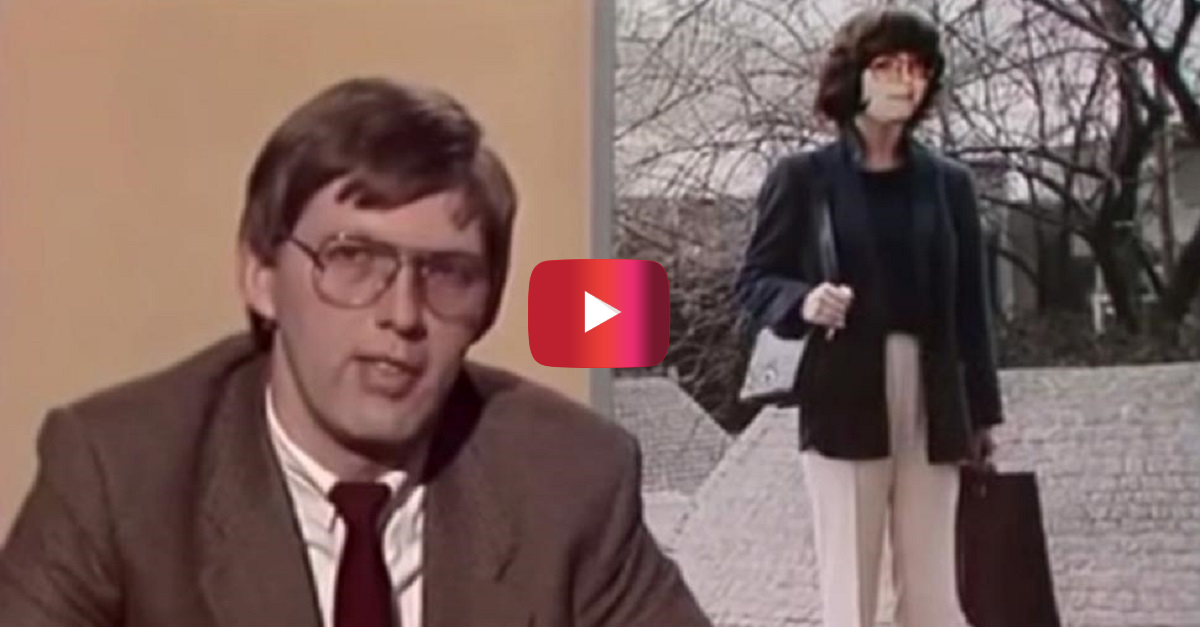 A 55-year-old woman in Dusseldorf, Germany who called the police to report a burglary actually turned out to be the more interesting case.

At first, the woman identified herself as “Mrs. Schneider,” but after being asked for identification she provided the paperwork of a woman who was previously believed to be a murder victim from 31 years ago.

Petra Pazsitka was a computer science student in Braunschweig in 1984.

On July 26, she finished her thesis on computer languages, visited the dentist and was last seen leaving there at 3 p.m.

Pazsitka was supposed to be on her way by bus to visit her parents but she inexplicably missed her brother’s birthday party and had been missing ever since.

The police launched a murder inquiry and Pazsitka’s case became famous when a popular German crime show “Aktenzeichen XY” did a segment on it the following January, a segment you can watch above. It is in German.

In 1987, a teenage murderer, who killed a girl embarking from the same bus Pazsitka was believed to have taken, admitted to killing Pazsitka only to retract the confession. In 1989, Pazsitka was officially declared dead.

No one expected there to be any developments in the case that had been closed for 26 years until “Mrs. Schneider” was confirmed to be Petra Pazsitka.

According to The Telegraph, Pazsitka’s disappearance was well planned and elaborately prepared ahead of time. She saved more than 4,000 Deutschmarks in cash, about $2,250 today.

For the last 31 years, Pazsitka managed to avoid ever having to use identification, having no bank account, driver’s license, social security card or passport.

The government, police and Pazsitka’s family are completely at loss as to how she remained hidden all these years. Nor is a motive for the disappearance known at this time.

The family was in shock and tears when they heard the news but, despite their best efforts, Pazsitka insists upon maintaining her hidden life.