The most recent horrific bullfighting incident happened in Spain only a week and a half ago, when a matador was gored in his rectum by a 1,000-plus-pound beast.

RELATED: A Mexican bullfighter was gored in the most painful way imaginable, and it’s really hard to watch

Now a rookie matador has suffered a painful goring of his head at a bullfight in Madrid, Spain. A crowd of 10,000-plus looked on in horror as 23-year-0ld Daniel García Navarrete was gored through his throat, face and tongue.

The young bullfighter, who made his debut, is now fighting for his life https://t.co/w8ui38YARt

His leg was also punctured.

Although it was initially thought that Navarrete was gored once, doctors said the matador was actually pierced four times.

The thrashing bull showed no mercy.

People who witnessed it said that the bull was tossing the Navarrete around like a rag doll.

RELATED: For some spectators in France, the worst thing went down at this bullfight

One of Navarette’s wounds was reportedly 6 inches deep through the roof of the mouth. But the damage was much worse than that.

He has a long road of surgery and recovery ahead. 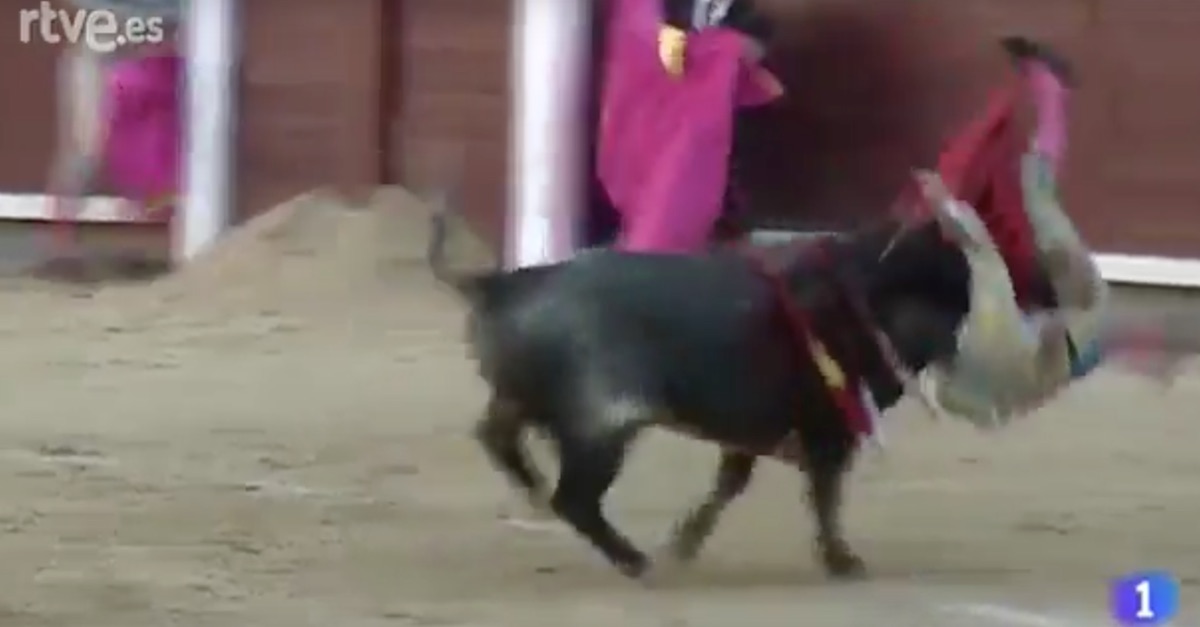