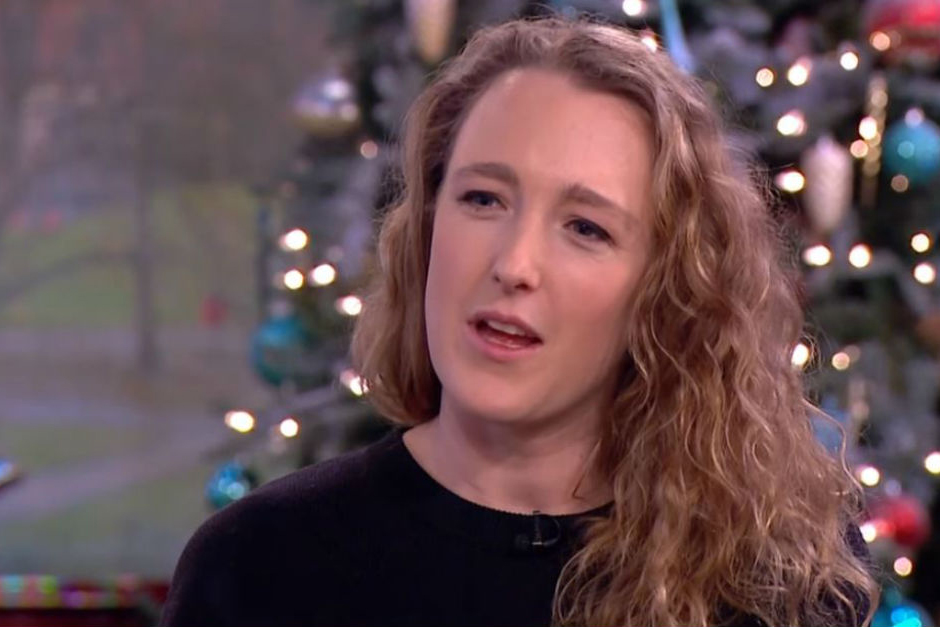 A British woman with a bizarre sex life says that she’s swearing off ordinary men, instead opting only for sexual encounters with those lingering in the afterlife — in short, ghosts. She’s only into ghost sex now.

Are Ghosts Real? Spectrophilia is.

27-year-old Amethyst Realm appeared on the British TV show ITV This Morning to discuss her ludicrous libido. She says that her first sexual encounter with a ghost was 12 years ago; she’d just moved into a new house with her fiance (who was frequently absent) and she began to feel a “presence” in the house. One night, Realm decided to dress in a “sexy” outfit and lay down in the spare bedroom. She says she was just about to fall asleep when the ghostly lover appeared and they had sex for the first time.

Finally, this unconventional ghost hunter was caught when her fiance came home from work early and “saw the shape of a man through the window.” He apparently confronted her about it and their relationship ended, but the encounters with the spirit continued until Realm says it “fizzled out.”

The First of MANY Spirit Lovers

After that relationship, her freaky fetish continued. Ghosts only. Fleshy men were the last thing she wanted. She began seeing a series of incubi and even claims that she’s had sex with over 15 ghosts. Just phantom fling after phantom fling.

She told the hosts that she hasn’t been intimate with a man since her first tryst with a ghost and even added, “I’ve got no interest in men now.”

When asked about children, Realm says that she’s done research and found instances of women being impregnated by ghosts, sometimes called an incubus.

?I?ve done a bit of research into phantom pregnancies,? she said. ?There?s a possibility that it is a ghost in you, but people don?t know how to carry it to full term.? However, she added that she’s not ready for children yet.

The hosts pointed out that there’s a chance that she’s actually under sleep paralysis — a sort of hallucinatory state moments before we fall asleep — but Realm answered that she doesn’t think that’s possible, pointing out that one of her spooky suitors used to follow her around the house. It’s unclear what the next step in a ghost-relationship might be, but the British medium says that, ideally, she’ll find a new relationship with a ghost to “settle down with.”

Now the question is, when she dies will she become a succubus? A female ghost that has sex with men? Though joining the legion of succubi doesn’t really make sense. She doesn’t like living men.

This story was originally published December 9, 2017.

Watch: Zoinks! A School in Desperate Need of an Exorcism Catches Another Spooky Video of a ?Ghost?