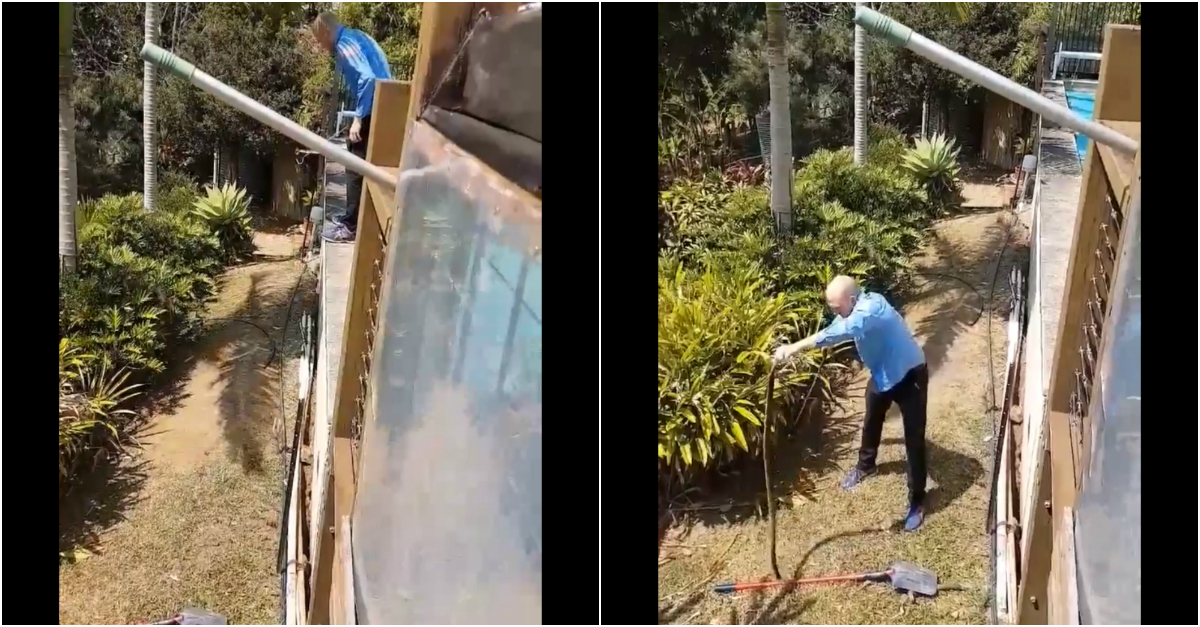 A video of daredevil Australian snake catcher shows him leaping from a high ledge to capture one of the most deadly snakes on the planet- the eastern brown snake.

Australian snake catcher Stuart McKenzie from Sunshine Coast Snake Catchers, had spent three days trying to catch a huge eastern brown snake that had been hanging out in a the backyard of an Australian family in Queensland. With the eastern brown snake being the second most venomous snake in the entire world, it was pretty important that Mckenzie caught the reptilian intruder, and it’s all on video.

In Mckenzie’s first attempts to catch the deadly snake, it kept escaping under a concrete slab in the garden. Mckenzie resorted to using a water hose and a leaf blower to draw the snake out, but still had to use other measures.

In the video, McKenzie is seen patiently waiting for the snake to emerge, before jumping down and swiftly scooping up the serpent. The huge brown snake is seen writhing around and coming close to the snake catcher’s body on more than one occasion. But McKenzie remains calm and is able to keep the venomous eastern brown snake at arm’s length, avoiding any snake bites, before placing it into a bag.

“This was one of the toughest calls I have ever done! This was the third time I had been to this couples house to try and catch the deadly Brown snake and I got him this time.” Mckenzie mentioned. “The final thing left to do was to jump off the edge of the pool and land next to him and grab him when he was out from underneath the slab. And let’s just say it worked a treat.”

Well, thankfully there are brave souls like these guys to do work like that. You can check out more of their crazy catches on their Facebook page.

Editor’s note: This article was originally published on September 27, 2017.