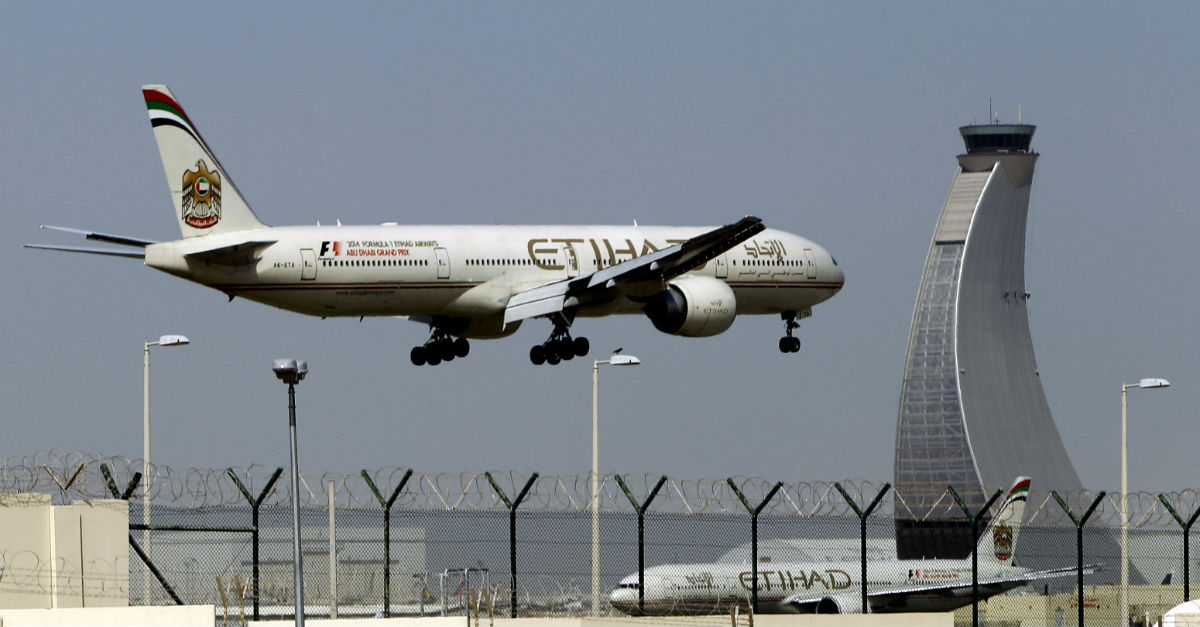 AP Photo/Kamran Jebreili
FILE - In this May 4, 2014 file photo, an Etihad Airways plane prepares to land at the Abu Dhabi airport in the United Arab Emirates. The capital of the United Arab Emirates became the first city to find itself exempt from a U.S. ban on laptop computers being in airplane cabins, the country’s flag carrier said Sunday. (AP Photo/Kamran Jebreili, File)

No one expected to find something so sad in an airplane bathroom.

The Daily Beast reported that authorities detained a woman in a Jakarta, Indonesia, airport after the body of a dead baby was discovered on an airplane. According to the Daily Mail, a grounds cleaner found the baby’s body wrapped in a plastic bag and placed in a bathroom drawer while the plane was parked.

The woman was later identified as Hani, a 37-year-old domestic helper and migrant worker from Indonesia.

It is believed that she began to bleed on the flight and secretly gave birth while flying Etihad Airways from Abu Dhabi to Jakarta. She then laid reportedly down on a business-class seat with an oxygen mask, though her own seat was economy. This prompted the flight to divert to Bangkok to make an emergency medical stop.

The woman was serviced and then flew home on a second flight.

An airport police chief said that the woman would not be questioned until she was more fit. The woman was described as looking unhealthy.

RELATED: A mother is charged with murder after her father made a terrifying discovery under the porch