Elephants, the amazing, intelligent and protective creatures that they are, were on high alert when one of their buddies found himself in a deadly predicament at Liwonde National Park in Malawi, Africa.

RELATED: No one has ever been more excited to meet Queen Elizabeth II than this adorable, friendly elephant

A crotchety old croc lurking in the local water cooler scared the living daylights out of the group of African elephants when it popped up and chomped on the trunk of one of their friends.

The poor elephant let out a blood-curdling cry, and all of his fellow elephants joined in, sounding the alarm.

Although the croc was determined to hang on, a leading elephant was up to the tusk, errrr, task in fending off the predator.

Alexander Makanga had his camera rolling while this insane nature moment  was taking place and later uploaded it to YouTube.

He had been riding along in a boat in a nearby river.

When asked on YouTube if he filmed the video, Makanka replied, “Yes I filmed it myself using a humble Samsung galaxy S7 edge. I did not realize the severity of the situation until I had finished recording. Absolutely insane. This happened just few meters from the boat.” 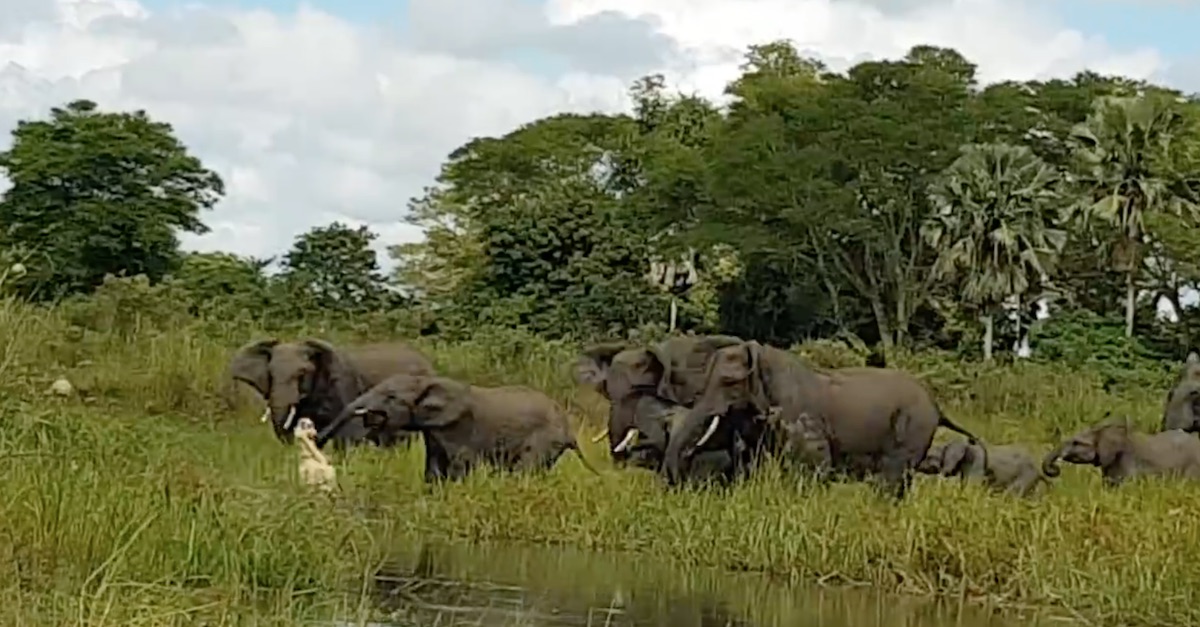