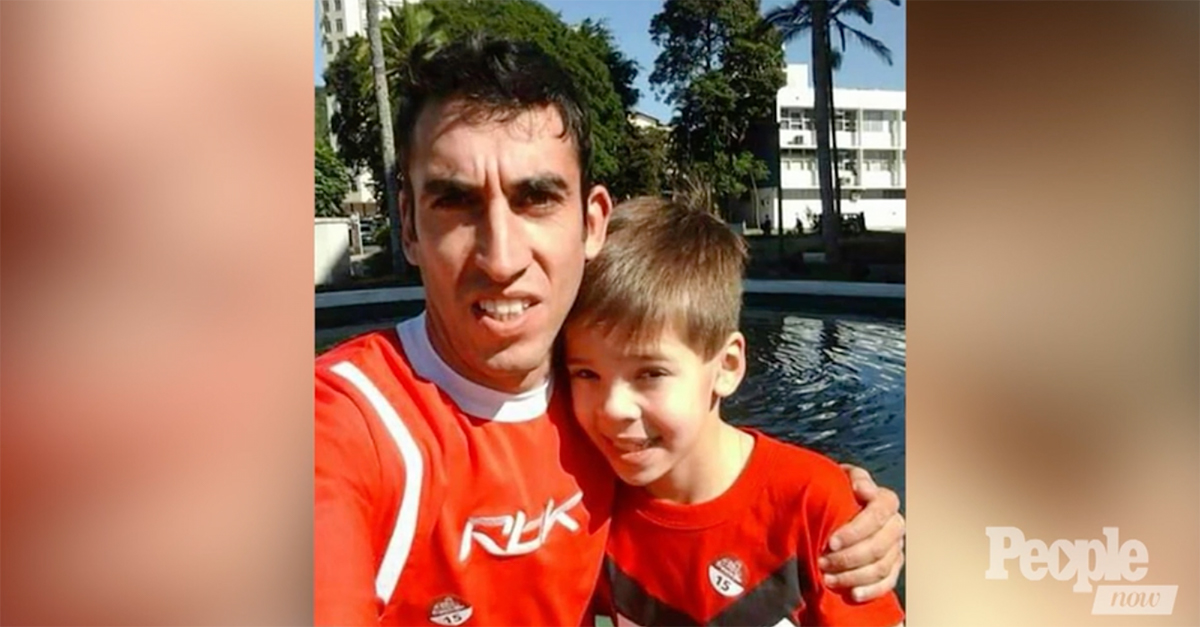 The country of Uruguay is reeling after learning that 10-year-old Felipe Romero was murdered by his soccer coach.

According to the local police chief, soccer coach Fernando Sierra shot the boy in the head and then fatally shot himself, People magazine reported. The body of the child was found in a town near Montevideo. Tests on the boy’s body also revealed tranquilizers, which authorities say the coach used on Romero, who also had been sexually abused on several occasions, according to Sergio Mozzo, who was in charge of the autopsy.

“The adult had his back to the ground and the boy, face down, was partially holding the man with his head near his chest,” Sergio Mozzo, who was in charge of the autopsy, told BBC World. “There was a violation. The marks that were found in the child showed erosion that possibly were from the same day or the previous day. He had signs of previously being abused repeatedly around the dimensions of the genital area.”

RELATED: Mother murdered her toddler and her gruesome texts make story much worse

The coach and the boy began to develop a relationship in 2015 when Sierra started training at the “Club Defensor Maldonado.” He apparently became friends with the boy’s family and grew so close to the youngster that the child started calling Sierra, “dad.”

The boy’s actual father, Luis Romero, a former well-known soccer player in the country, and his mother, Alexandra Perez, initially approved of the relationship. But that all changed after Sierra took the boy on a vacation to Brazil.

RELATED: Couple charged with murder after finding a child’s body in this awful place

When the boy returned, his mother consulted a psychologist who warned her not to let her son interact with the coach any longer. Perez informed the coach that he wouldn’t be able to see the boy anymore, an apparent crushing blow for Sierra.

The troubled coach gave Perez a chilling response: “If I cannot see Felipe, I’ll kill myself.”

Shortly after that exchange, the coach rented a car and picked up the boy at the school. They disappeared until their bodies were found.