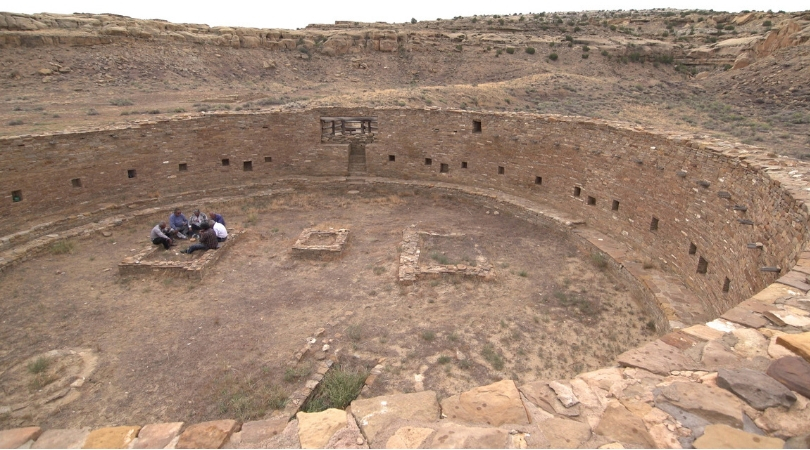 ALBUQUERQUE, N.M. (AP) ? The story of Native America taught in U.S. public schools usually begins at contact with European explorers. Children then get lessons about Thanksgiving, maybe the Trail of Tears or the 19th-century wars over the removal of tribes in the American West. Rarely discussed is life in the Americas before Columbus’ 1492 voyage.

A new four-part PBS docuseries entitled “Native America” seeks to recreate a world in the Americas generations prior to the arrival of Europeans. Using archaeology, Native American oral traditions, even high-tech 3D renditions, viewers are presented images of busy cities connected by networks that span from the present-day United States to South America.

The docuseries shows how Chaco Canyon in New Mexico became a busy spiritual and commercial center that stood five stories high in the desert sky, centuries before skyscrapers went up in New York. They also discuss the tunnel under a pyramid in Teotihuacán, Mexico, that revealed an intricate belief system that was also found elsewhere. And outside present-day St. Louis, Missouri, 10,000 people helped erect massive earthwork pyramids into a city now known as Cahokia around the time the real-life Macbeth ruled Scotland.

Series executive producer and director Gary Glassman said the project took more than a year to plan because producers wanted to make sure they had buy-in from Native American communities the documentaries sought to cover. Filmmakers wanted to include animated pieces of sacred art and stories to illustrate the importance of the site and wanted to be sensitive, Glassman said.

“We wanted to give them ownership to their own stories,” Glassman said. “It was about building trust.”
That’s how producers convinced Leigh Kuwanwisiwma, director of the Hopi Cultural Preservation Office of the Arizona tribe Hopi, to allow directors to briefly film a group of elders conducting a smoking ceremony at Chaco.

In one episode, Kuwanwisiwma explains the religious significance of the Kiva and how elders used the smoking ceremony to contemplate the power of the universe. “The bird world, the reptilian world, the animal world, the insect world…they are all part of who we are as Hopi people,” Kuwanwisiwma tells viewers.

The docuseries then takes viewers to the rock art of the Amazons and the Haudenosaunee Confederacy of New York to show how similar spiritual theologies through diverse practices linked people thousands of miles apart from the pyramids of Mississippi to the Andes in present-day Peru.

The first episode of “Native America” is scheduled to air on most PBS stations on Tuesday. Other episodes will air on following Tuesdays until November 13. Episodes will be streamed for free for a limited time after airings.

Watch: How Much Do You Know About Topo Chico?