How Does This 7-Month Old Baby Have Such a Glorious Head of Hair??? 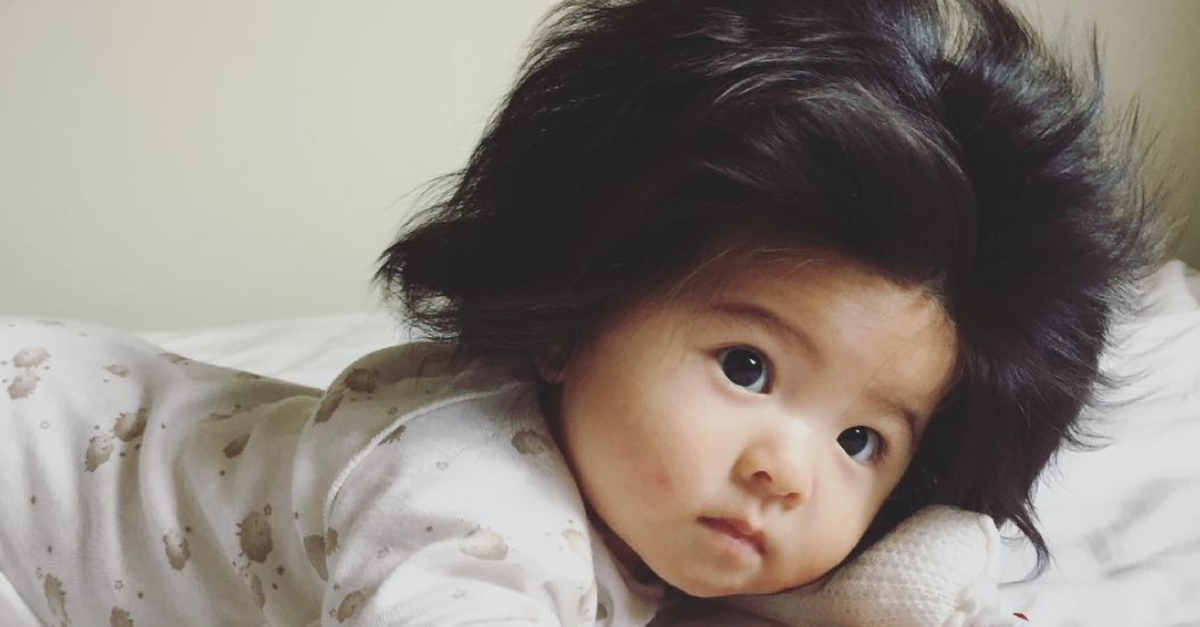 Life is not fair. None of us had to live all that long to figure out and accept as much. Still, though, somewhere there’s a guy in his early 20s whose hair is already starting to rapidly thin. He’ll be as bald as a man twice his age by 25. That guy is going to see a picture of this baby and, knowing full well about life’s unfairness, still curse God and demand that someone acknowledge this clear injustice.

Read More: Dog Loves Sprinkler So Much He Brings it Inside Through Doggy Door

“Come on. It’s a baby! It doesn’t need that hair! I need that hair. I look like a creepy dad! This sucks. Everythings sucks. I hate this place,” he’ll then conclude, about Earth and existence in general.

That’s because this baby’s hair is out of damn control. Look at this flow.

This baby’s head of hair would already be in the top 100 globally if rankings like that existed. This is a 5-star, blue chip head of hair. It really is outrageous that it’s on a baby. Has Jon Hamm been going around siring children in Japan? Every balding and thin-haired man in the world should be demanding this baby’s DNA be studied and synthesized for commercial use.

The baby’s name is Chanco and, as you can see, her mother has started an Instagram account for her. It already ahs over 70K followers. This head of hair might become a cow of cash for the family. Chanco seems destined for commercial baby fame. It is to be a life of adoration and luxury for her.

So how did Chanco get a head of hair like this despite being just 7 months old? The answer is pretty boring and straightforward. It’s just genetics. In general, a baby being born with lots of hair is usually pretty random, though often premature babies will be hairier than babies born on time. (Also, fun fact, hairy babies cause heartburn for pregnant women.)

So yeah, you’re probably never going to have a head of hair that beautiful. Really, none of us ever will.

Read More: Boy and Neighbor’s Dog Play Fetch Through the Fence, Are BFF