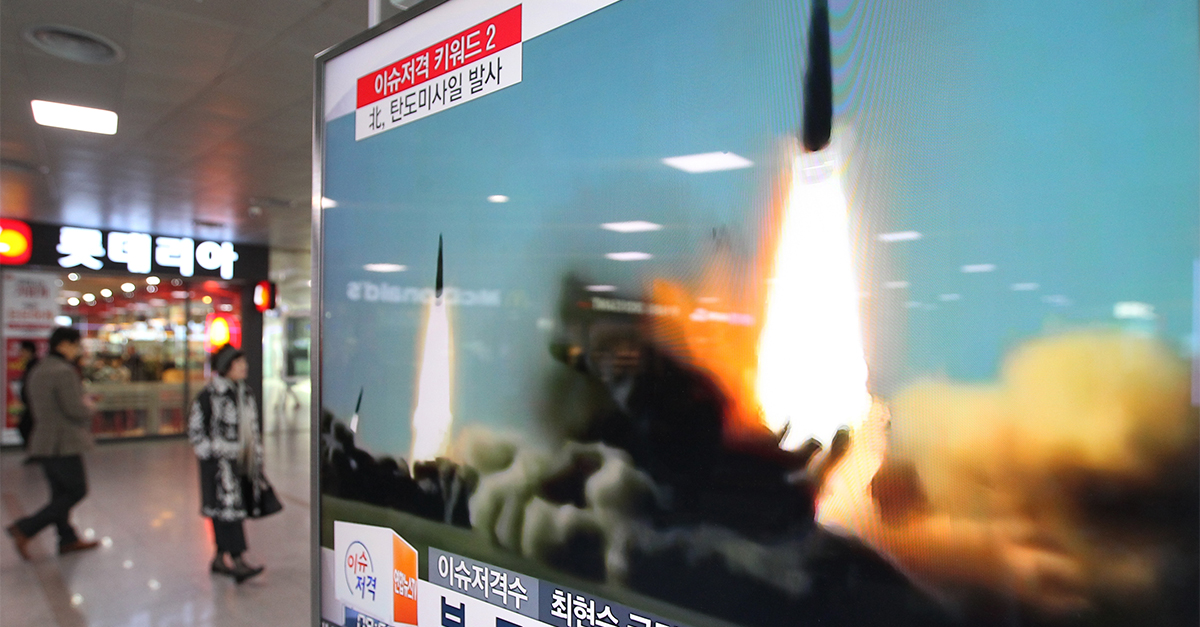 Tensions have been escalating on the Korean peninsula for months, and North Korea recently tested an intercontinental ballistic missile. On Friday morning, Japanese officials announced that North Korea launched another such missile.

A Navy official at the Pentagon confirmed that the U.S. “detected a launch of a ballistic missile form North Korea.”

The Independent reports that Japanese officials detected the missile, which landed off Japan’s coast. It is unclear how far off the coast the missile landed. Japanese Prime Minister Shinzo Abe called an emergency meeting with his senior official; stating that the launch “clearly shows the threat to our nation’s safety is severe and real.”

The Associated Press reports that a Japanese government spokesman stated “the missile flew for about 45 minutes and landed off the Japanese coast in waters between Japan and the Korean Peninsula.”

The Pentagon has confirmed to the Associated Press that the United States believes the launch was an intercontinental ballistic missile.

In a statement, Pentagon spokesman Captain Jeff Davis wrote “our commitment to the defense of our allies, including the Republic of Korea and Japan, in the face of these threats, remains ironclad. We remain prepared to defend ourselves and our allies from any attack or provocation.”

On July 4, Kim Jong-un launched an ICBM, calling it “a gift” to the “American bastards.” The U.S. responded by flying bombers across the peninsula. General O’Shaughnessy, who leads that region, stated, “We are trained, equipped and ready to unleash the full lethal capability of our allied air forces.”