Britain’s Bernie Sanders is wrecking his own party 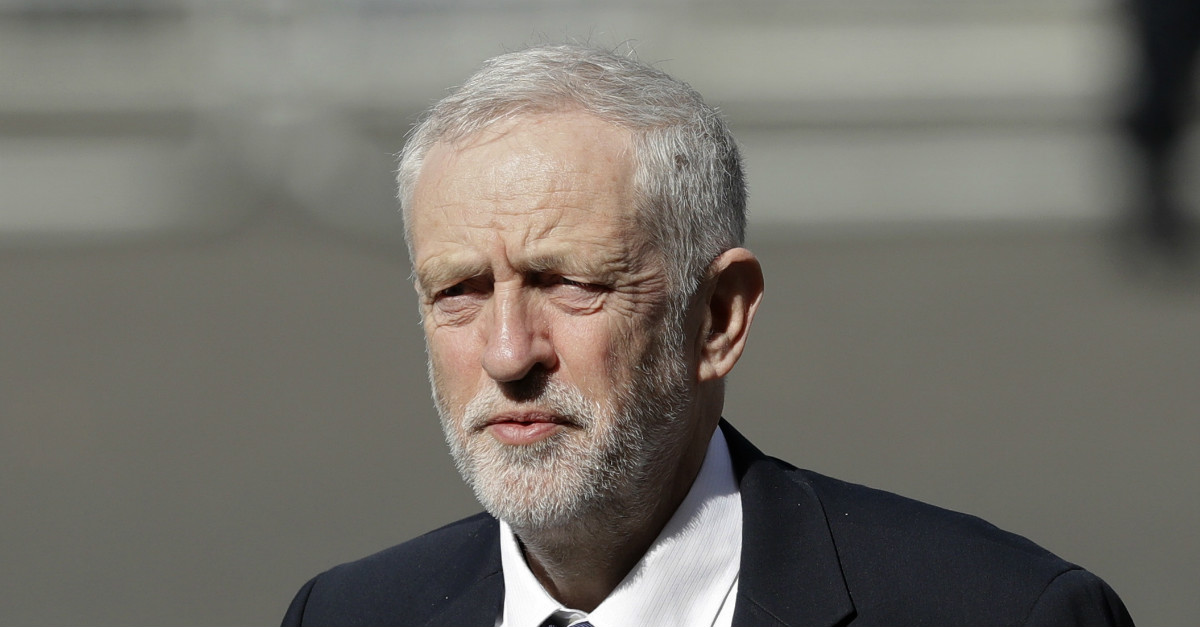 In a month, the United Kingdom will head to the polls to vote for a new Parliament. The election has been severely underreported for a reason: it isn’t a serious confrontation between political parties.

Ever since the Brexit referendum in June last year, the socialist Labour Party, Liberal Democrats and the Scottish National Party (SNP) have all been going after British Prime Minister Theresa May’s Conservative government, bemoaning its approach to leaving the European Union. Labour leader Jeremy Corbyn, when asked about his party’s position on Brexit, claimed the issue was “settled,” yet failed to answer whether a Labour government would actually take Britain out of the EU.

When Theresa May finally called for a snap election on April 18, the opposition parties weren’t amused. Current opinion polls show the Tories being historically popular and May as the most beloved prime minister since the 1950s. She has made it crystal clear that “Brexit means Brexit,” and refuses to backpedal on the result of the referendum. At a time when many Leave supporters fear that their decision might not be respected ? some parties are even campaigning on an anti-Brexit manifesto ? the Tories are running on consistency and ideological integrity.

RELATED: After Brexit and Trump, the political left has more to fear than the right

However, the Conservative Party is not just profiting off of the popularity of Britain’s second female prime minister and her firmness on Brexit. They’re also capitalizing on the incompetence of the opposition.

Jeremy Corbyn has been the leader of the opposition since September 2015, when he stunned the Labour establishment by rallying enough support among party members for his far-left platform. He was a political outsider, considerably older than his opponents at age 68, avoiding dark suits and ties, even putting on a Leninist hat (which he only recently sold).

The moderates in the Labour Party are very discontented with their leader. As a praiser of Marx, an opponent of the monarchy, and somebody who refuses to sing the national anthem, Corbyn is alienating Britain’s middle-class voters who are now turning Conservative. The UK’s Bernie Sanders has used his radical support in the party base to call for more holidays, scrapping tuition fees, hiking corporation tax, raising taxes on the rich, nationalizing railways, and complete military non-interventionism even in the case of an attack on the UK.

His tax hikes are unlikely to even moderately cover the immense expenses he has suggested. Fiscally conservative Britons are aware of this: the Labour Party has had difficulties holding even a 30 percent mark in the polls ever since Corbyn has taken over. And this, in itself, is the essence of far-left populists like him: while he might have fervent and passionate supporters, the Anglo-Saxon spirit of fiscal conservatism and small government is still alive and well?it’s that which pushed the electorate towards Brexit. The spirit relies on three principles:

Corbyn’s lack of success is refreshing. It demonstrates the maturity of the British electorate and its determination to not be blinded by the false promise of increased government spending and the semantic trap of “general welfare.”

The Conservatives are likely to crush Corbyn’s Labour Party in the June 8 election. After that, Theresa May should follow in the footsteps of Margaret Thatcher and further slash public spending.

For that, in a way, we’ll be able to thank Jeremy Corbyn. He might just finish off socialism in the UK for good.