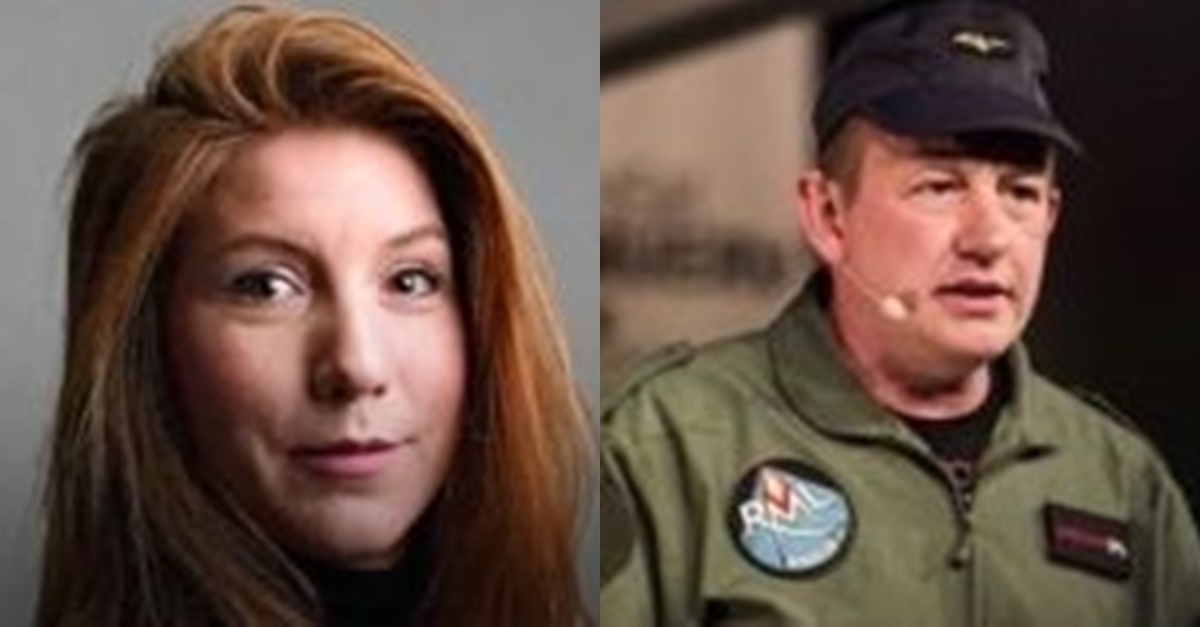 However, Madsen said he did not kill her.

He claimed the 30-year-old died of carbon monoxide poisoning while aboard the submarine while he was above deck, according to a Danish police statement, the Independent reported. It’s the latest shift in Madsen’s explanation for how Wall’s severed body sank to the bottom of the sea floor off the coast of Copenhagen.

The freelance journalist was writing a piece about the 46-year-old Madsen, an amateur rocket builder known in Denmark for using crowdfunding to build submarines and rockets, according to her family, The Washington Post reported.

RELATED: Casey Anthony’s parents say she’s got another thing coming if she does a reality TV show

She boarded the submarine on Aug. 10 and was reported missing the next day. Madsen was pulled from Koge Bay after police say he deliberately sank his submarine. He was taken into custody on Aug. 12, and his trial is expected to begin in March. He is being held in Vestre Prison in Copenhagen and has been charged with manslaughter.

RELATED: The case against a man accused of killing an 87-year-old veteran takes an unexpected turn

Madsen’s story about what led to Wall’s death has changed repeatedly since August. Last month, he told a Danish court that he lost his footing and dropped a 150-pound hatch on her head, according to the Independent, when he was showing her around the vessel. He said he panicked and gave Wall what prosecutors called a “burial at sea.”

“In the shock, I was in, it was the right thing to do,” Madsen told the court, according to Agence France-Presse.

However, an autopsy found no fractures to Wall’s skull. Instead, stab wounds were discovered around her ribs and genitals. Investigators believe they were caused “around or shortly after her death,” the Independent reported.