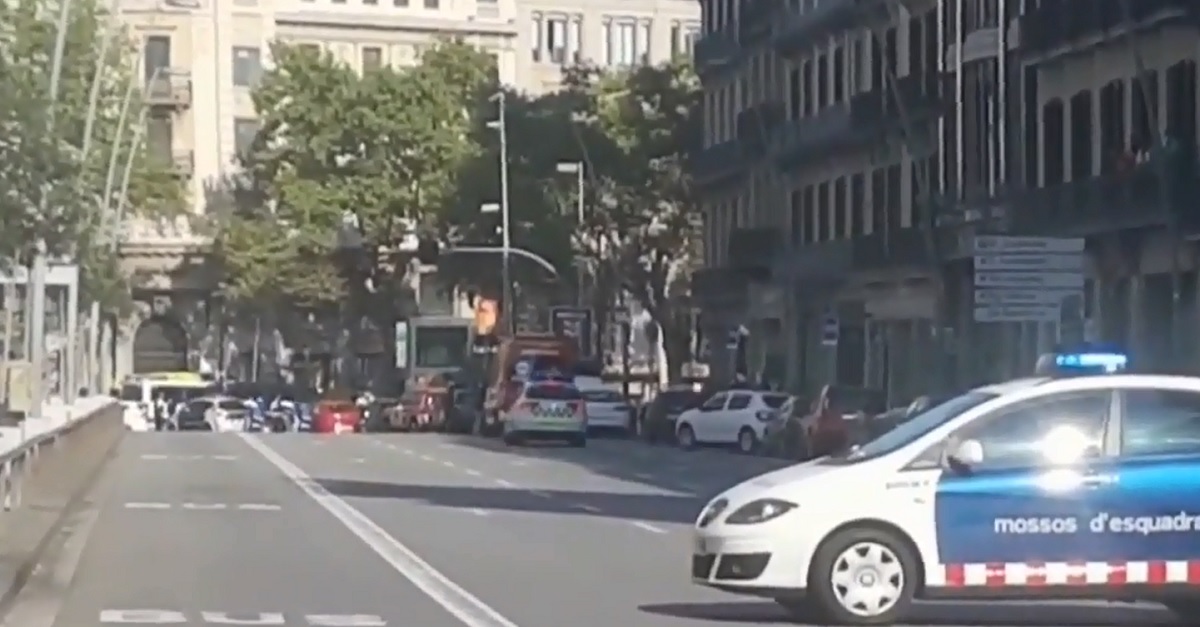 A speeding van killed and injured dozens of pedestrians walking along Las Ramblas, a pedestrian boulevard in Barcelona, Spain today.

Reuters, citing Spanish media and local police, reports that 25 are injured at this time and at least 13 are dead; no official counts are available at this time as the crime scene is still being processed. Catalonian police, Mossos d’Esquadra, confirmed the attack and have classified it as terrorism.

There has just been a massive trampling on the Ramblas in Barcelona by a person with a van. There are injured

RELATED: President Trump has yet to make a statement on a mosque bombing and an aide has an odd explanation why

It could be the deadliest terror attack in Spain since 2004, the year that a bombing on a train killed 191, reports The Telegraph. Video of the scene shows numerous pedestrians on the ground.

Here's what we know so far about the deadly attack in Barcelona: https://t.co/hXDa3rCLFM pic.twitter.com/yMhuNsdM74

The State Department called the attack a “serious security incident” as it urged travelers to avoid the area and notify loved ones.

The Telegraph reports that police are investigating a second van that may also have been used in the attack. The Independent reports that the van confirmed to be used in the attack was rented in a nearby town, Santa Perpetua de la Mogada, by a suspect named Driss Oukabir. They cite police in naming the suspect.

Bloomberg reports that Barcelona police denied that there had been a shootout at a nearby restaurant, despite initial reports. There are reports of a hostage situation at a Turkish restaurant nearby, Luna de Estanbul, though they are unconfirmed.