Dennis Rodman joined Stephen Colbert on Wednesday’s “The Late Show” to reveal some things about his outlandish relationship with Kim Jong-un.

The 56-year-old NBA Hall of Famer and the dictator have shared a bizarre friendship for years thanks to a mutual interest in basketball. Rodman has taken several trips over to the DPRK and recently proposed a plan to bridge the divide between President Trump and Kim by organizing a basketball game between Guam, a United States territory, and the DPRK, according to the Washington Post. Rodman has visited North Korea five times since 2013 and has met with its troubling leader on multiple occasions.

Although Rodman’s relationship with the tyrant seemingly implies a lack of understanding of his shortcomings, the former NBA player revealed he knows what kind of person he’s dealing with, although he claims he didn’t at first.

“It’s funny though, that I don’t see how people can sit there and say this person is a ‘madman,’” Rodman told Colbert.

Rodman revealed that the North Korean despot — whom he calls “The Marshal” — doesn’t truly want to start a nuclear war with the United States, although his regularly issued threats imply otherwise.

According to Rodman, the dictator has said, “I don’t want war,” multiple times, and his role in North Korean government is simply a result of nepotism.

“He’s more of a kid than anything,” Rodman added.

Rodman discussed the controversial relationship while wearing a t-shirt featuring himself between Trump and Kim with the caption “Unite” written underneath — he gifted Colbert a similar shirt featuring his own face alongside the dictator’s. Rodman said his only goal is to “open a door so we can have some communication” not to “betray America,” like people sometimes think.

“You don’t have to like somebody to be around them.”

Well, he’s got the “not liking” somebody part down pat. 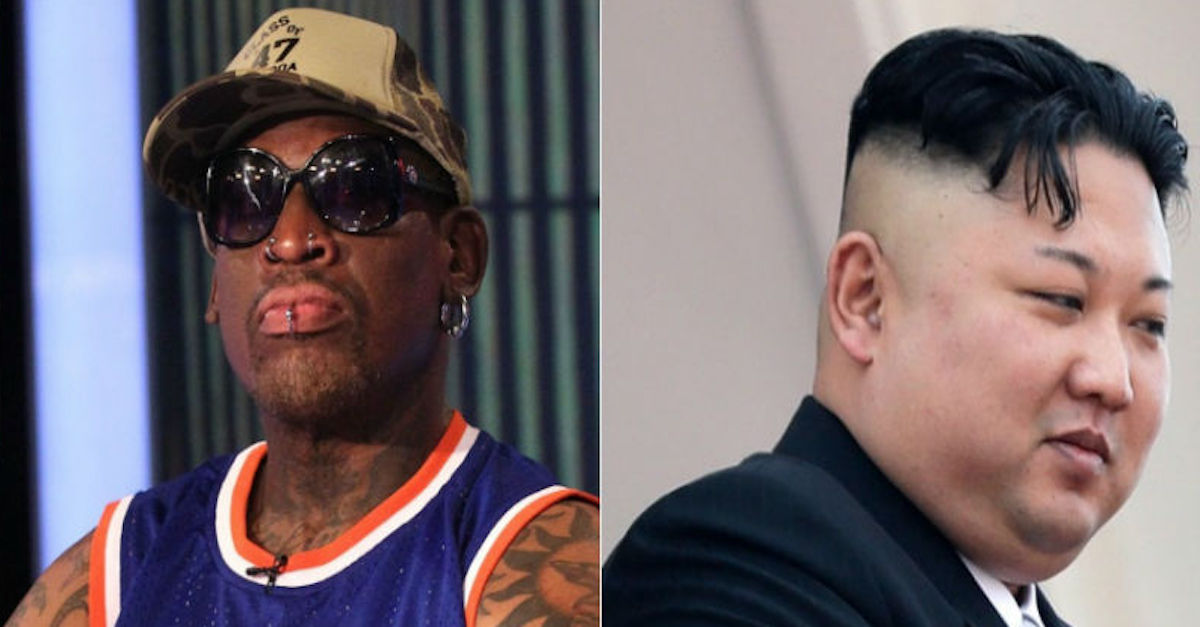