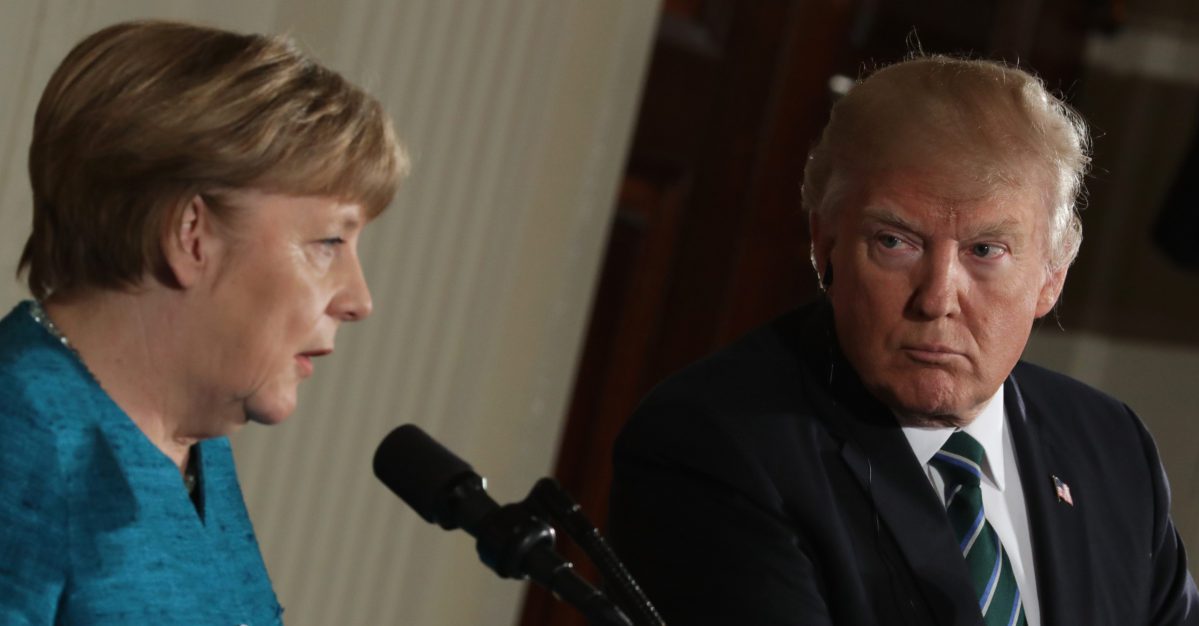 The Independent reports that Donald Trump has delivered at least one physical bill for what he says is owed to the United States for the cost of NATO defense.

In a meeting with German Chancellor Angela Merkel, Trump reportedly presented her with a paper invoice for £300 billion. That amount, calculated by aides, represents an alleged £250 billion owed and another £50 billion in interest payments. It was calculated by White House aides at Trump’s behest; while NATO countries pledge to spend 2 percent of their nation’s GDP on defense, only a handful, including the United States, actually do.

“Reports that President Trump had presented the federal chancellor with a kind of bill with a concrete billion sum are not true,” he said at a press conference, according to Politico.

The move was mocked and criticized by German and NATO officials, some of whom called the move “outrageous” and said Merkel would “ignore the provocation.” The move comes weeks after a contentious meeting between Trump and Merkel. The president still called the meeting a success on Twitter.

Despite what you have heard from the FAKE NEWS, I had a GREAT meeting with German Chancellor Angela Merkel. Nevertheless, Germany owes…..

…vast sums of money to NATO & the United States must be paid more for the powerful, and very expensive, defense it provides to Germany!

UPDATE: This article has been updated to reflect German spokesman Steffan Seibert’s comments.