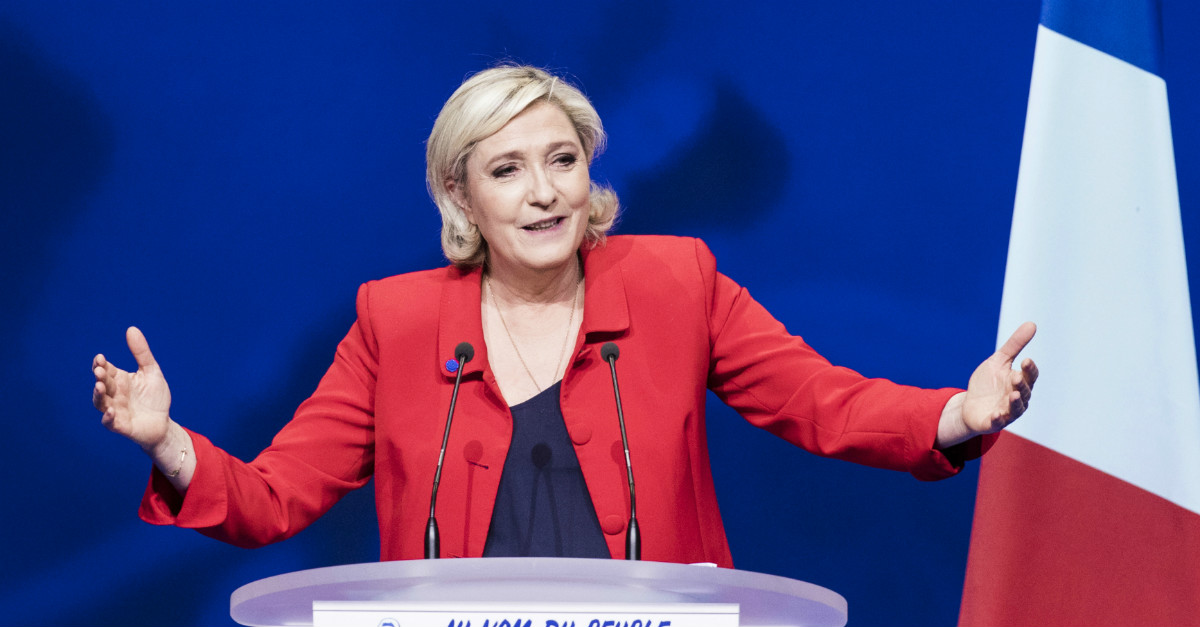 Terrorism abroad. Immigrants massacring French citizens at home. Increased anxiety about France?s role in the world. Establishment parties that seem indifferent and corrupt. And a far-right candidate who promises to fix all of it.

It may sound like I?m describing the 2017 French election, but I?m actually talking about 2002.

In the current race, polls are tight, with the far-right populist National Front candidate Marine Le Pen, who has capitalized on concerns about terrorism and immigration, jockeying for first place with former Socialist cabinet minister Emmanuel Macron, while the far-left Jean-Luc Mélenchon pulls even with the center-right Republican François Fillon, who has been disgraced by scandal.

France?s presidential elections involve two rounds of voting, with the top two finishers from the first round facing off in a runoff contest a few weeks later. Since none of the candidates is currently polling anywhere near 50 percent of the vote, Macron and Le Pen are both hovering between 22 and 24 percent, a runoff is all but guaranteed.

Polls currently suggest a Le Pen versus Macron matchup in the runoff, but a strong last-minute surge by Mélenchon between now and Sunday could put him in the running instead.

RELATED: John Oliver to France: Don?t screw up your election the same way Britain and America did

In those days, the National Front was widely viewed as a xenophobic fringe party and was headed by its current candidate?s father, Jean-Marie Le Pen, who was charged with Holocaust denial numerous times over the course of his political career.

In 2002, however, Le Pen was facing a perfect storm. People were afraid after the 9/11 attacks remade the world overnight and an immigrant massacred eight people in the town of Nanterre, and the leftist vote was split among a number of parties. When the ballots were counted, Le Pen had won second place, narrowly defeating Socialist candidate and incumbent Prime Minister Lionel Jospin.

His success, however, was short-lived.

Incumbent Republican President Jacques Chirac declared that Le Pen?s advancement to the second round threatened ?the very idea that we have of mankind, his rights and his dignity.” The moderate right and the entire left instantly fell in line behind him. Chirac stopped campaigning, refused to debate Le Pen, and won the runoff with 82 percent of the vote.

So if Marine Le Pen makes it to the second round, what?s to stop the same thing from happening again?

First, today?s National Front is not the National Front of 2002. Since taking over from her father, Marine Le Pen has worked hard to shed the party?s xenophobic image, and even expelled the elder Le Pen from the party.

Second, the French people don?t have an incumbent to fall back on this time, as current president François Hollande isn?t even running. Neither candidate from the major parties, the Republicans and the Socialists, has a chance of reaching the runoff. This means that the only options available are three untested parties that have never held power before. Without a comfortably familiar alternative to the radical National Front, votes might not coalesce as neatly around Le Pen?s runoff opponent as they did in 2002.

RELATED: March 29 is a historic day: Britain officially begins its divorce from the European Union

Third, almost 40 percent of French voters remain undecided, and pollsters say that up to 35 percent may stay home on election day, up from an average of around 20 percent. As one French news site put voters’ feelings,  ?Le Pen is too extreme? Macron is too young? Fillon cannot be trusted? [flailing socialist candidate] Hamon is the establishment, and? Mélenchon [is] too risky.?

Fourth, while nearly every voter on the French political spectrum in 2002, aside from actual FN members, was closer to Chirac than to Jean-Marie Le Pen, this may not be the case with the alternative to Marine. If the communist-sympathizing Mélenchon makes it to the runoff, it’s likely much of the moderate left will stay home.

Against Macron, Le Pen?s chances of victory are far slimmer. One poll earlier this month suggested that she would lose 61 percent to 39 percent in such a matchup. But the left might not turn out to vote for Macron either, and even 39 percent would be a marked step up from Le Pen?s father?s performance in 2002.

It is likely that Emmanuel Macron will be the next president of France, but if Trump and Brexit have taught us anything, it?s that nothing is ever certain. The stakes here are very high — a victory for the Euroskeptic Le Pen would likely be the final nail in the coffin of the European Union.