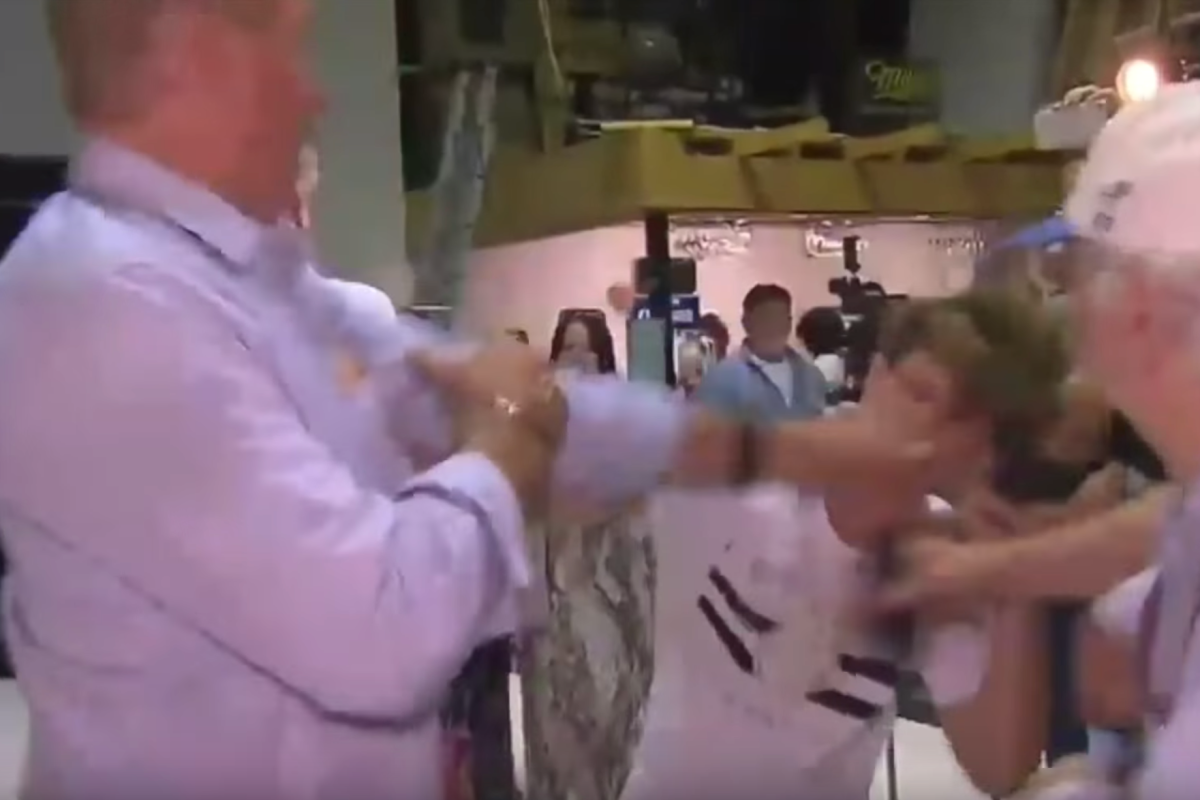 When tragedy strikes, everyone has their own way of venting. Some mourn in silence, some rant their frustrations on social media, and some, like this teenager, like to take their views of the world into their own hands and smash it on politicians heads. Known as “Egg Boy” the 17-year-old from Australia stood behind Fraser Anning, a senator from Queensland, during a Melbourne news conference. With a cell phone filming in his hand, Will Connolly struck the politician with an egg, prompting the senator to punch the boy twice, then push him to the ground where he was tackled by other men.

The incident came after far-right anti-immigration Australian Sen. Fraser Anning issued a statement about the New Zealand Christchurch attacks, pointing the blame on Muslims. In the statement, the politician states that the attack illustrates the fear of Muslims in the community and “The real cause of bloodshed on New Zealand streets today is the immigration program which allowed Muslim fanatics to migrate to New Zealand in the first place.? He went on and blamed the deaths (which is currently up to 50) on the entire religion of Islam. His comments sparked an international backlash.

This isn’t the first time a politician has had something thrown at them to show their anger. in 2008 while at an Iraqi press conference, President George W. Bush dodged two shoes that were thrown at him by an Iraqi journalist, Muntadhar al-Zaidi. Bush commented on the incident, “I’m not angry with the system. I believe that a free society is emerging, and a free society is necessary for our own security and peace.”

After being tackled to the ground, Will Connolly was taken into custody by police but released that same day. He is now being praised throughout the entire country of Australia, including the Prime Minister. On Sunday Prime Minister Scott Morrison shared that ?The full force of the law should be applied to Sen. Anning.? after he punched Connolly for attacking the politician with a raw egg.

#eggboy thanks for standing up when the world is showing double standards. pic.twitter.com/w8FpBtFo1G

“The remarks by Senator Fraser Anning blaming the murderous attacks by a violent, right-wing, extremist terrorist in New Zealand on immigration are disgusting,” Morrison wrote in a tweet. “Those views have no place in Australia, let alone the Australian Parliament.”

Since the incident, a GoFundMe has been set up to help “Egg Boi” with legal fees and “more eggs”. The majority of the money will be donated to victims of the Christchurch terrorist attack.

This article was originally published on March 18, 2019.