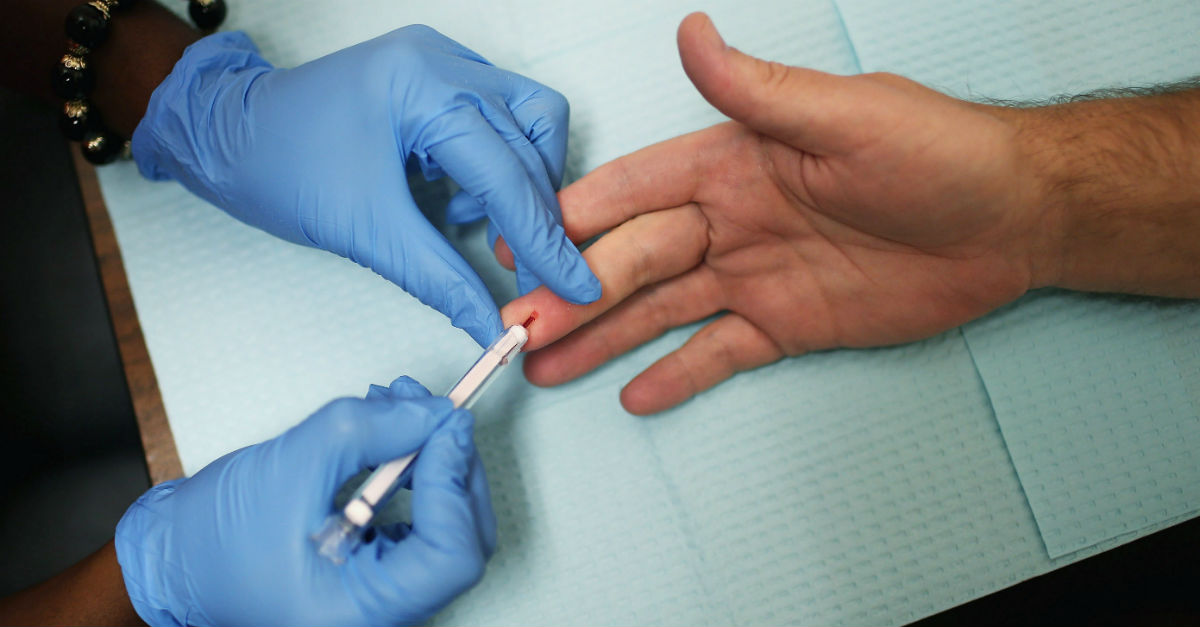 An Indian doctor stands accused of infecting at least 40 people with HIV, though one local official says that number could be as high as 500.

The cases occurred in Uttar Pradesh’s Unnao district and have been on the radar for a while. In January, local news outlet Scroll reported that the Unnao health department was scrambling to identify the doctor behind the outbreak. Disturbingly, most of the people infected said that they visited the practitioner for “minor ailments” but received injections and were later infected. Officials determined that the outbreak was not sexually transmitted because many of those infected were not sexually active, such as elderly people and children.

HIV positive cases were found in medical health camp in #Unnao. We later found out that a person has been giving injections. The accused has been identified & will be arrested soon. Victims are being treated in Kanpur Medical college: Sidharth Nath Singh, UP Health Minister pic.twitter.com/rckDLi79kx

In India, unqualified doctors (referred to as “quacks”) are common and often the practitioners rely on steroid or painkiller injections. Local officials quickly figured out that the spread could be traced to contaminated needles. A spokesperson for a non-profit health network near Unnao told Tonic “in most of the cases there doesn’t seem to be any other way the infection spread than contamination.”

We had set up a health camps where these cases were found to be confirmed. We have received orders & are deciding our further course of action: Pramod Kumar, Medical Superintendent pic.twitter.com/wq77smoazC

The doctor has since been identified as Rajendra Yadav and has fled to a nearby town. Local officials say that police are searching for the suspect.

Councilor Sunil Bangarmau told ANI that Yadav “used a single syringe” on all of the victims. He said that health camps have been set up in an attempt to stop the spread of the disease.

In India, only 0.3 percent of the people are suffering from HIV, according to data from AVERT. However, because the country is so massive, that means that 2.1 million Indians are living with the disease. Antiretroviral treatment — which consists of cocktail of medication — can bring down the level of the virus in the bloodstream but HIV can never be cured. Unfortunately, only 50 percent of infected adults in India are on antiretroviral treatment.